I hope that with this visit we will lay the foundations of a new, perhaps, the next two thousand years of relations. High-level Armenian-Italian talks were held with the participation of the Presidents of Armenia and Italy 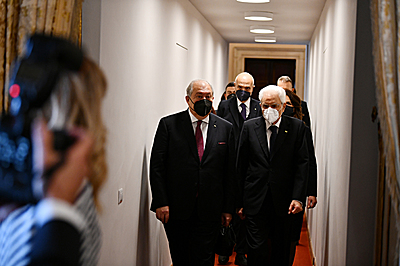 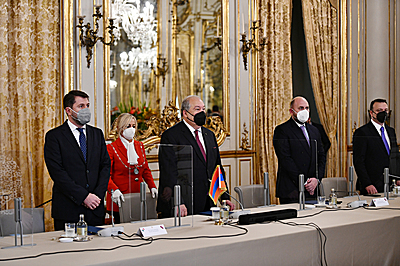 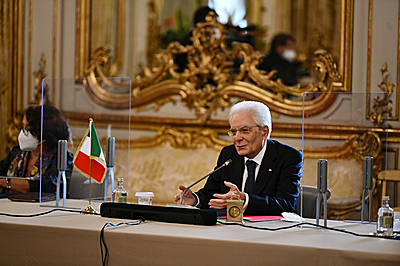 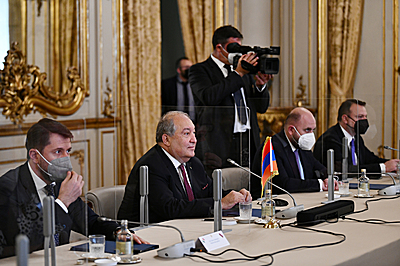 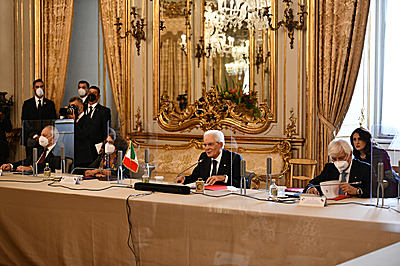 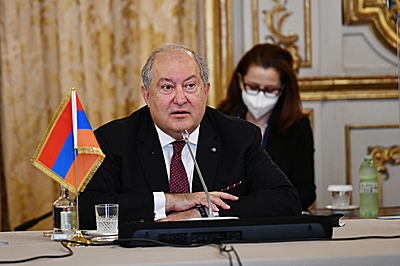 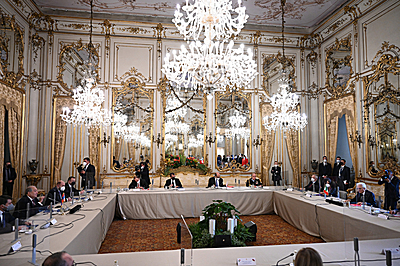 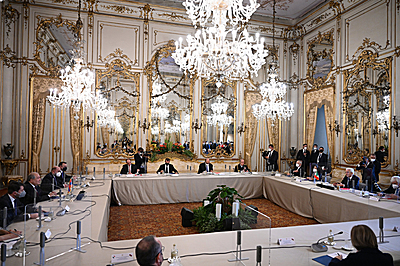 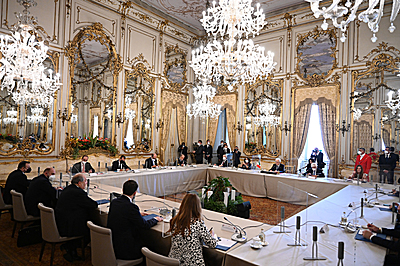 The tête-à-tête talk of Presidents Armen Sarkissian and Sergio Mattarella at the Residence of the President of Italy was followed by a meeting of the delegations in an expanded format.

A meeting of the delegations in an expanded format followed the tête-à-tête talk of Presidents Armen Sarkissian and Sergio Mattarella at the Residence of the President of Italy.

President Armen Sarkissian thanked the President of Italy for the invitation to pay a state visit and the warm reception, emphasizing that the reciprocal visits of recent years and the state visits of the two presidents testify to the high level of Armenian-Italian relations. "The friendship of our two peoples has a history of thousands of years. For the last two thousand years, it has been the relations between Christian Armenia and Christian Italy. However, we live in the 21st century, I hope that with this visit we will lay the foundations of a new relationship, perhaps for the next 2000 years, said President Sarkissian. "I would like to express my gratitude for your friendship, to the Governmenta and people of Italy, for the support shown to Armenia during the difficult days of COVID-19, which continues to this day."

President Sarkissian thanked President Mattarella, the Government and the people of Italy for their concern shown towards Armenia and the Armenian people, and the resolution adopted by the Italian Parliament on March 2 this year, which calls on Azerbaijan to release the Armenian prisoners of war. President Sarkissian also welcomed the documents that about fifty regional and city councils in Italy adopted in defense of Artsakh and its people.

Touching upon the 44-day war, its consequences and the Nagorno-Karabakh problem, President Sarkissian noted that the issue of Nagorno-Karabakh's status remains unresolved, and the solution is negotiations with the support of the OSCE Minsk Group Co-Chairs. "We look to the future, hoping that the ceasefire will one day become peace, and together with our friends, particularly with Italy, we will engage in creative work, strengthening our relations politically, legally, financially, in new technologies, culture, science, education, and other spheres. I visited Italy for that purpose."

Welcoming the visit of the President of Armenia and the delegation headed by him in Italy, Sergio Mattarella particularly noted that he has warm memories of his visit to Armenia in 2018. "I am confident this visit will give a new impetus to their continuous development. This is the first time the President of Armenia is on a state visit at the Quirinal Palace. There is a long-standing friendship between Italy and Armenia, further strengthened by our personal friendship. I remember 2020. You called me in March, when Italy was going through a really critical period with the coronavirus."

"Armenia is a priority country for us. Today, we have allocated 45,000 doses of COVID-19 vaccine for Armenia. We were able to help each other during these tragic times," said President Matarella. The President of Italy expressed his condolences to the victims of the Nagorno-Karabakh war. "We are absolutely convinced that a final solution can be found through negotiations," he said. "It is necessary to build up a bilateral constructive atmosphere to settle the situation. The role of the OSCE Minsk Group Co-Chairs in resolving the situation is very critical. Armenia is a reliable partner for us in the region."

Issues related to the deepening and expanding bilateral relations in various spheres were also discussed at the meeting. The Presidents were unanimous in their opinions that the two countries have great potential to develop interaction, particularly in the fields of high technologies, artificial intelligence and food security, tourism, finance and banking, state-building, and strengthening democratic institutions.

They touched upon the potential and prospects of cooperation to develop scientific, technical and technological spheres. In this context, they spoke about the possibilities of implementing joint projects with Italian companies within the framework of the ATOM (Advanced Tomorrow) Initiative of the President of Armenia.

It was noted that Armenia's membership in the Eurasian Economic Union, as well as the Comprehensive Extended Partnership Agreement signed with the European Union, provide new opportunities for the expansion of cooperation between Armenia and Italy, especially in the economic sphere. Besides, by investing in Armenia, Italian businessmen will be able to enter the Eurasian Economic Union market without customs duties.

According to the Presidents, one of the commonalities of the two peoples is the existence of a large Diaspora. Emphasizing the effective use of the potential of the Diaspora, they stressed that the heritage of the Armenian community and the Mekhitarist Congregation in Italy promotes the two countries to interact more closely.

From the point of view of strengthening the historically friendly ties between the two peoples, cooperation in the field of education, preservation and restoration of cultural heritage was considered vital. President Sarkissian noted the continuous activity of the Chairs of the Armenian Studies in Italian universities, which will contribute to the development of Armenian Studies in Italy.

The President of Italy thanked President Sarkissian for the exhibition of valuable works of Armenian art at the Quirinale Palace.

Within the framework of President Sarkissian's state visit, documents on cooperation between the two countries in the fields of education, justice, healthcare and environment protection will be signed.