I hope this small start will become the beginning of a big initiative. During his visit to La Sapienza University in Rome, President Armen Sarkissian declared about launching a course in Armenian Studies 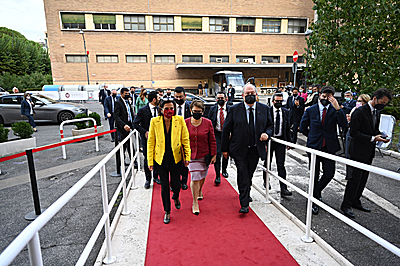 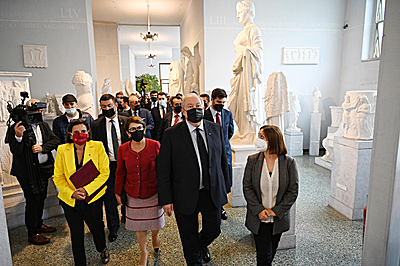 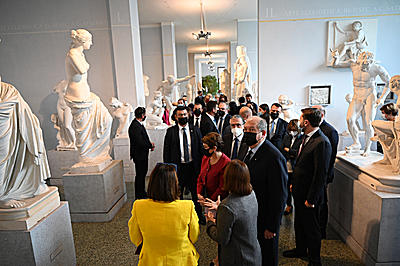 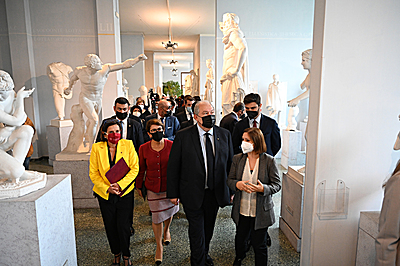 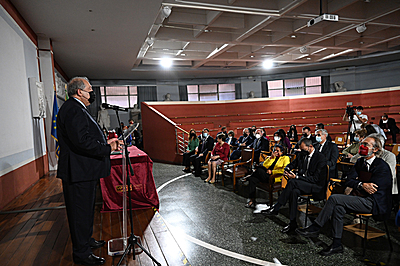 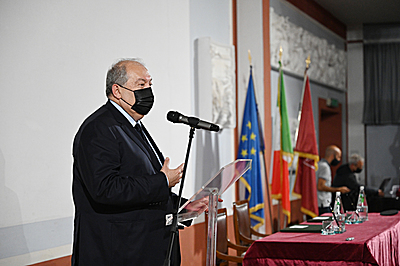 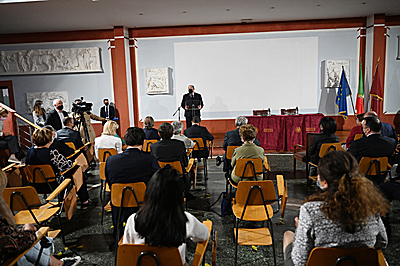 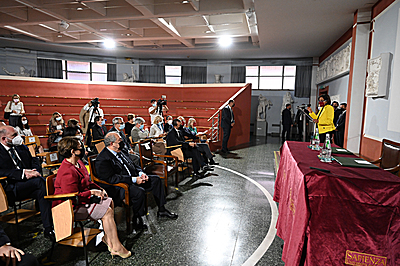 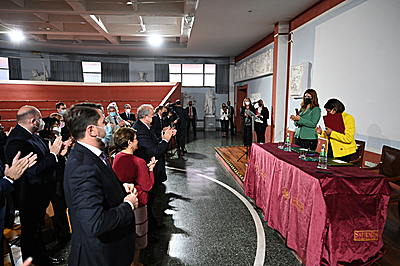 The President of the Republic of Armenia Armen Sarkissian, who is in Italy on a state visit, visited La Sapienza University in Rome.

La Sapienza, one of the leaders in Italy with a history of 700 years, is also one of the oldest and largest universities in Europe. In the international rankings, it is among the best educational institutions, especially in the fields of archaeology, classical and ancient history, art and the humanities, as well as physical-mathematical sciences and aerospace engineering.

During the visit of the President of Armenia, a Memorandum of Understanding was signed between the RA Ministry of Education, Science, Culture and Sport and La Sapienza University, and it was officially announced about the launching of classes in Armenian Studies at the University. The document was signed by Armenian Ambassador to Italy Tsovinar Hambardzumyan and Rector of La Sapienza University Antonella Polimeni.

"Everything that is happening today is a big event. I am proud to say that Armenia is one of the oldest, and unique countries in the world, which has accumulated great knowledge during its existence of thousands of years, and it is our duty to share that knowledge with others.

In life, we ​​share knowledge, emotions, and love. Without it, we cannot be human," said President Sarkissian. I am glad to be here today, not as a president, but simply as an Armenian, as someone who considers knowledge, education and science vital, and believes that it is significant that there will be classes in Armenian Studies in the heart of Rome, in this university. Perhaps, at first, you will only learn the Armenian language, and then the scope will expand. This will become an essential link, a bridge not only between the present-day Rome and Yerevan but also a bridge in the history of our people who had interrelations thousands of years ago. I hope that this small start will be the beginning of a big initiative. And I can assure you that I will be one of those who will fully support this start.”

President Sarkissian and the Rector of the University Antonella Polimeni discussed the issues, related to the expansion and continuity of the course in Armenian Studies.