"Aurora" has become not only a significant event but also an important institution. President Armen Sarkissian attended the Aurora Award Ceremony on the Island of San Lazzaro 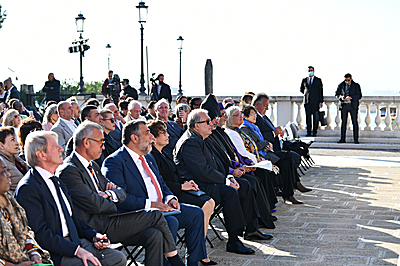 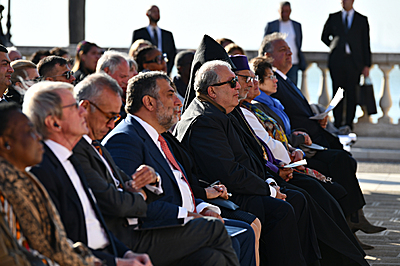 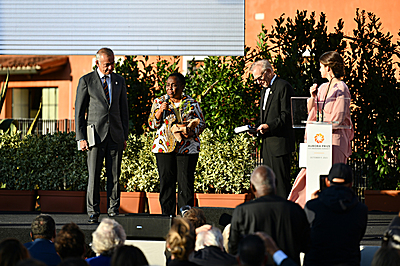 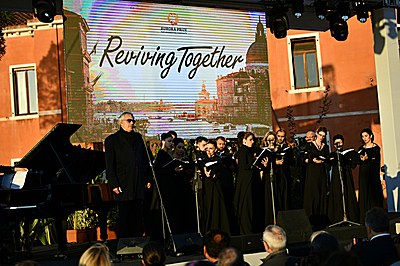 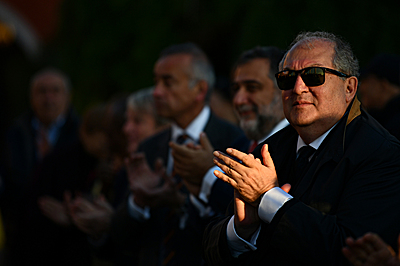 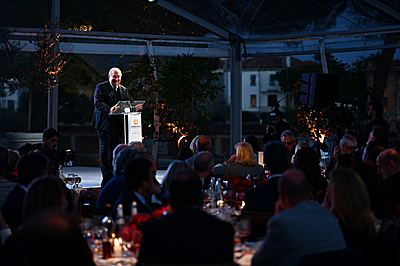 Within the framework of his visit to Italy, the President of the Republic of Armenia Armen Sarkissian, together with his wife Nouneh Sarkissian, participated in Aurora Award Ceremony 2021, in one of the most outstanding centres of Armenian cultural and spiritual heritage, on the Island of San Lazzaro in Venice.

During the official dinner following the award ceremony, President Sarkissian thanked the founders of the Aurora Humanitarian Initiative, noting that just a few years after its launch, Aurora has become not only a significant event but also an important institution.

"I express my gratitude to the people who started this idea and turned it into a great achievement. The establishment of Aurora is already a great achievement," said the President. "I am also proud that three Armenians: Ruben Vardanyan, Nubar Afeyan and Vardan Gregoryan, founded the "Aurora" movement. They have attained a lot during their lifetime, but they have done a unique job by founding Aurora."

President Sarkissian spoke about Vardan Gregoryan, noting that he passed away in 2021, but his legacy lives on and will continue to live.

Speaking about holding the award ceremony in San Lazzaro, President Sarkissian said that this place is vital and symbolic for our people. "More than three hundred years ago, a small group of Armenians settled here to avoid Ottoman persecutions, without anything. But they were Armenians, strong survivors, said the President of Armenia. "Coming here, they did the incredible. In a way, it might be said that they created the first "offshore zone" in the world, which served the people; they did it by uniting educated people, creating means, and developing Venice and the Congregation. And as a result, here in the Congregation, we have one of the richest collections of Armenian manuscripts and exceptional works of art."

President Sarkissian considered the appreciation of books and knowledge one of the most prominent features of our people. He noted that in memory of Vardan Gregorian, the co-founder of the Aurora Humanitarian Initiative, long-time President of the New York Public Library, and President of the Carnegie Charitable Corporation, one of the halls of the Residence of the President of Armenia will be turned into a library and will bear his name.