During the hard and heavy days for us, the Vatican extended a hand of solidarity to our country and people. President Armen Sarkissian met with His Holiness Pope Francis 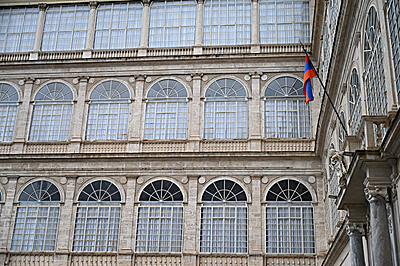 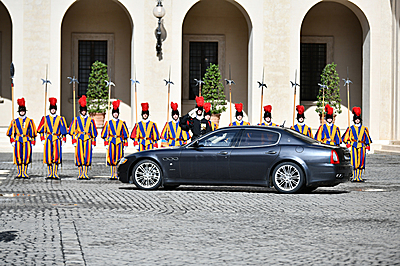 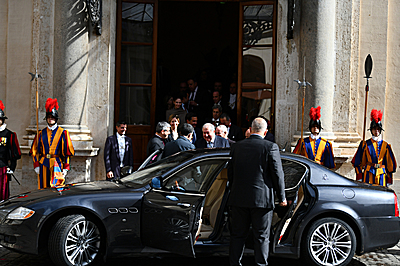 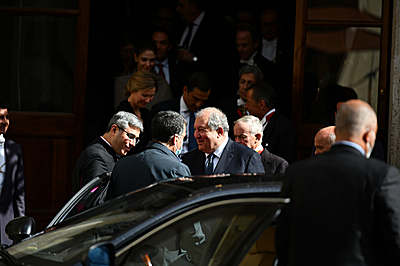 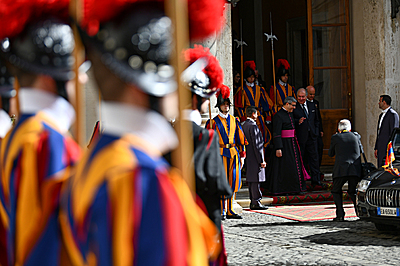 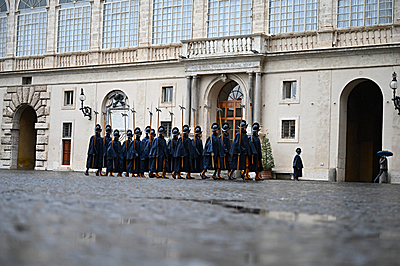 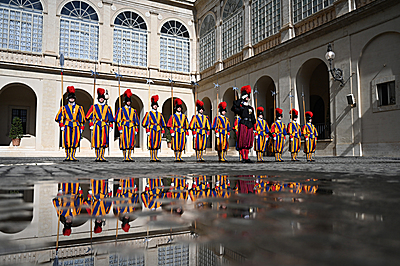 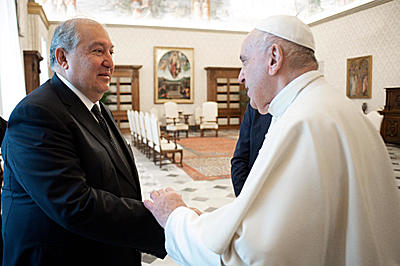 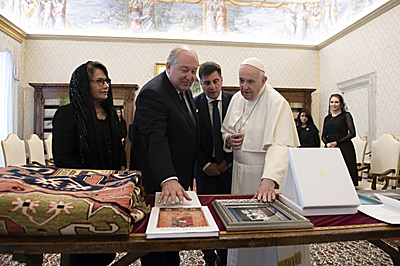 The official visit of the President of the Republic Armen Sarkissian to the Holy See started with a tête-á-tête talk with Pope Francis this morning.

The President of Armenia thanked His Holiness for the high-level and constructive dialogue between the Holy See and Armenia. "As the first ambassador of Armenia to the Holy See, it is a great spiritual satisfaction for me to return to the Apostolic Palace," said the President of Armenia, noting that he remembers with special pride and warmth the exhibition "Rome-Armenia. Two Thousand Years of Relations" opened at the Sistine Hall of the Vatican Library in March 1999, within the framework of celebrating the 1700 years of adopting Christianity as state religion in Armenia, also showcasing the rich historical-cultural past.

The President noted with gratitude that at this stage of hard and heavy challenges for our country, the Vatican extended a hand of solidarity to our state and people. The best evidence of this is the messages of peace made by Pope Francis during the war unleashed by Azerbaijan against Artsakh, as well as the call of setting free Armenian prisoners of war.

The President of Armenia noted that the Artsakh issue is a human rights issue, a demand of the Armenian people to live, create and exercise their inalienable right to self-determination in their ancient Christian cradle.