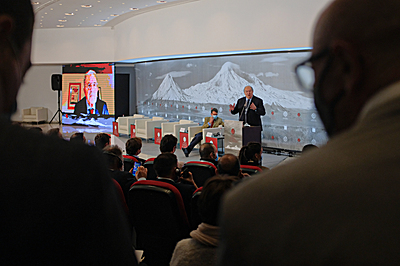 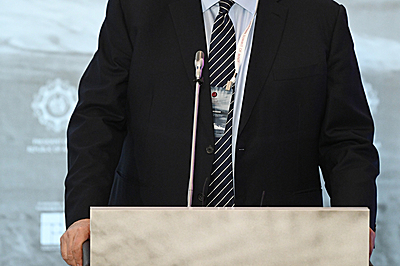 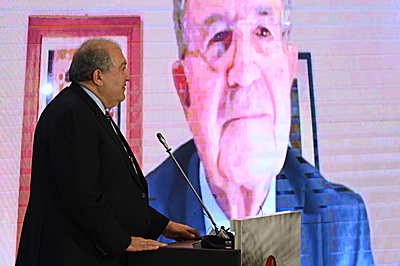 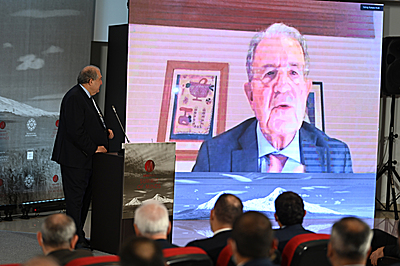 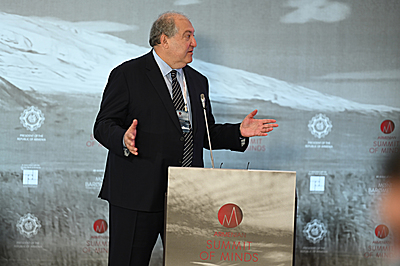 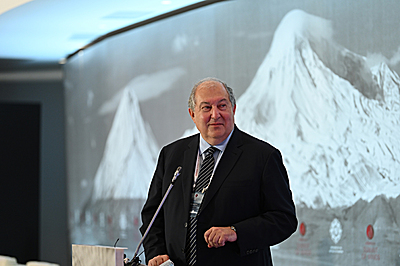 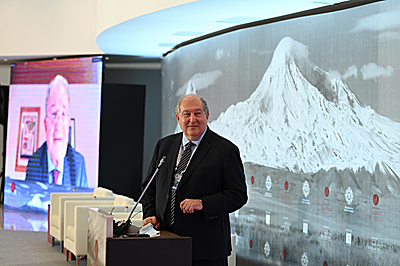 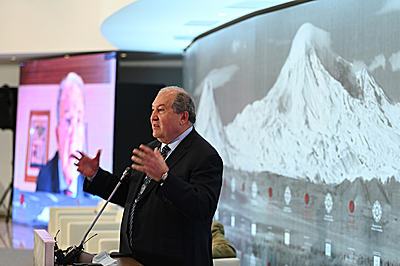 Today, within the framework of the Armenian Summit of Minds, being held in Dilijan, a dialogue took place between the President of the Republic Armen Sarkissian and the former Prime Minister of Italy, former President of the European Commission Romano Prodi.

The speakers touched upon the past and the present: in particular, they spoke about the current geopolitical developments and global changes, also about the factors influencing geopolitics. They talked about the prospects for the future as well.

"If we look at the whole world, the development is totally different as it was different thirty years ago," said President Sarkissian. - Small states also make a leap and develop smartly. Those countries that know their strong sides, know how to use that strength to become more powerful in the world. I hope Armenia will also join the club of small countries (Singapore, Qatar, UAE) in the near future."

Touching upon the recent geopolitical events, especially the withdrawal of NATO and US forces from Afghanistan and the 44-day war in Artsakh with the active participation of NATO member Turkey, President Sarkissian asked Romano Prodi about the further developments at the global and regional levels.

The former President of the European Commission particularly noted that currently geopolitical changes oblige countries to make a choice. "No one can be independent in the world. You have to choose who you are with," said Romano Prodi. - Try to understand where Armenia is. You have very good relations with Russia and the United States, but it will be more and more difficult. We are the same. This is how the world will become. It will entirely become a tangle of attachments and dependencies. We are globalizing."

Speaking about Armenia and the Armenian people, Romano Prodi said: "Thank God that there are Armenians in my country, and I know many people personally as a result of historical developments. Unfortunately, we cannot expect stability anymore, the future is very confusing. It will be difficult to guarantee stability. Although I personally think that you will have stronger relations with Europe due to your culture, traditions, and presence. With your presence, you always contribute to development and stability in European countries," said the Italian stateman. "As for geopolitics, the geographical position of Armenia is such that you have to keep a balance. Step by step, I am sure that we will get closer to Armenia, to have an impact on the fate of Armenia. I am confident that such relations will develop and contribute to Armenia's independence."