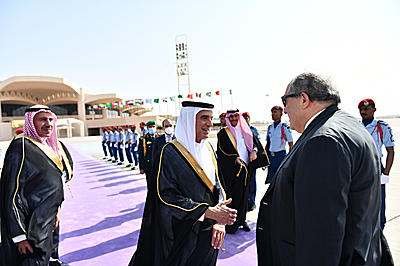 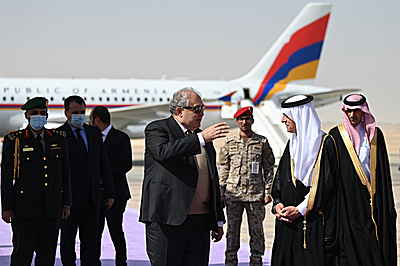 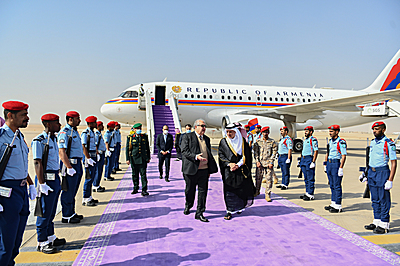 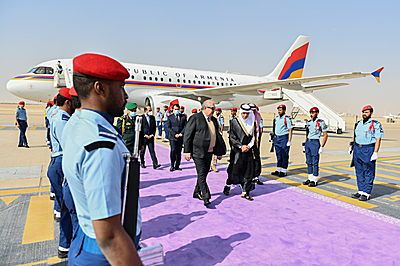 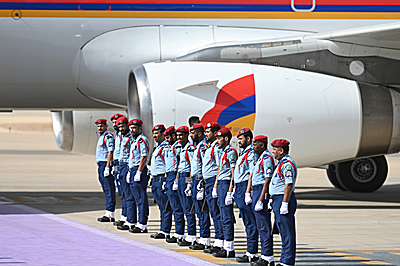 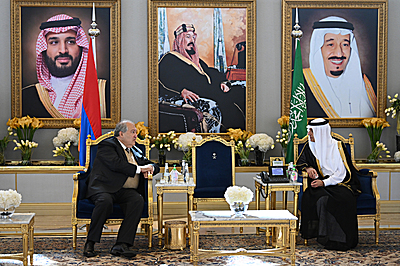 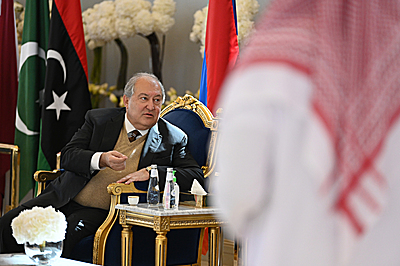 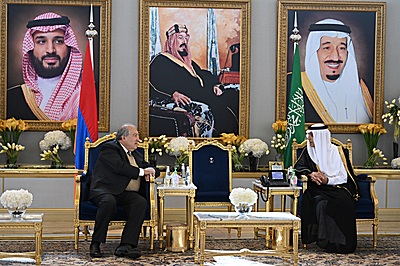 The date of October 26, 2021 will mark the special page in the history of Armenian-Arab relations, particularly those between the Republic of Armenia and Saudi Arabia.

In the absence of diplomatic relations between Armenia and Saudi Arabia since Armenia's independence, when no official from Armenia had ever visited that country, the President of Armenia took a historic step, visiting for the first time a country with a unique role and significance in the Arab and Islamic world.

At the airport of the capital of Saudi Arabia, President of Armenia Armen Sarkissian was welcomed at the highest state level in the person of the Minister of State for Foreign Affairs of Saudi Arabia Adel al-Jubeir. According to the official protocol, the state flag of the Republic of Armenia was hoisted at the airport.