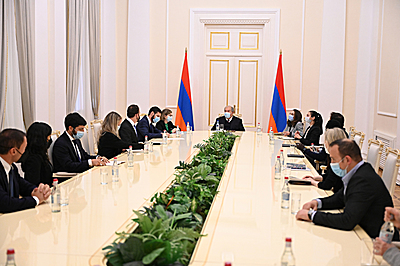 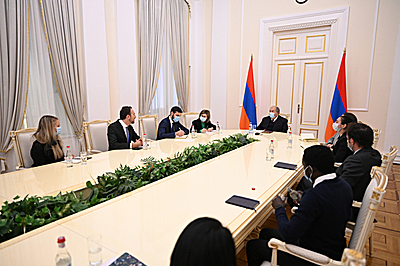 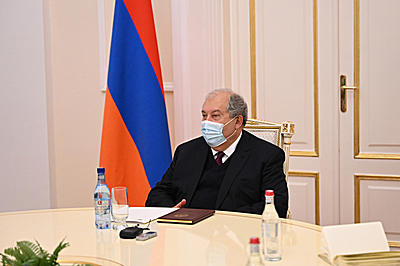 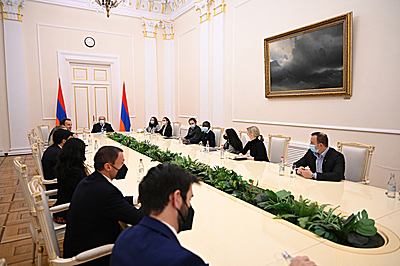 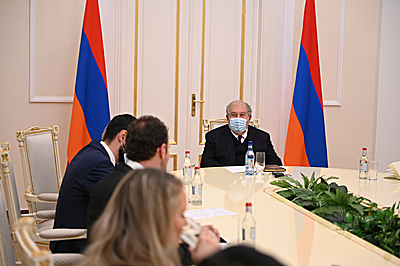 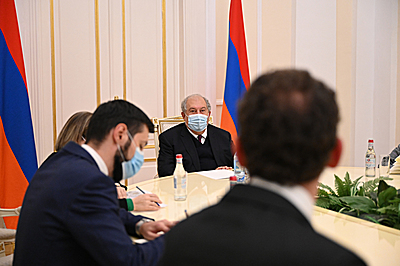 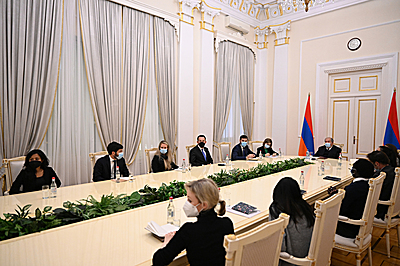 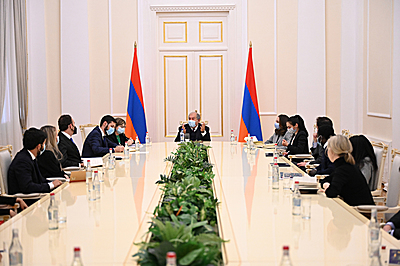 President of the Republic Armen Sarkissian met with the members of the Atlantic Council American Analytical Centre.

The Atlantic Council is an analytical centre, specialized in international relations, which was founded in 1961. Since then, the Council has implemented diverse programs aimed at discussing and studying international issues in politics, economy, and security.

Before visiting Armenia, the members of the centre visited Azerbaijan and Georgia. The purpose of the regional visit is to study the situation in the three South Caucasian republics, the activities of democracy and democratic institutions in those countries, as well as to understand the causes of regional realities and their possible developments.

The participants of the meeting asked President Armen Sarkissian questions about the Nagorno-Karabakh conflict, recent developments, and the 44-day war, the post-war situation in Armenia, the level of democracy in our country, as well as future-oriented programs.

In particular, President Sarkissian presented the essence of the Artsakh issue, spoke about the 44-day war and the humanitarian problems caused by it, and noted that Azerbaijan still does not return Armenian prisoners of war.

Speaking about the modern world, President Sarkissian noted that the latest technological and scientific changes have made the world unpredictable and unstable. The President of the Republic stated that the most important guarantee of having our place in such a world and becoming successful is the efficient use of human resources.