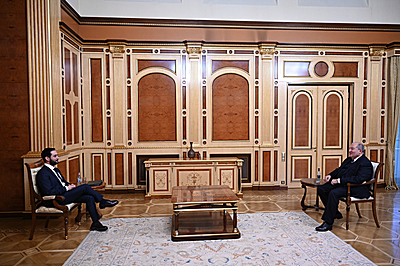 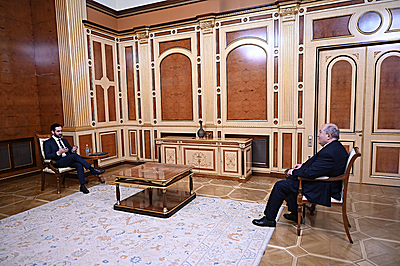 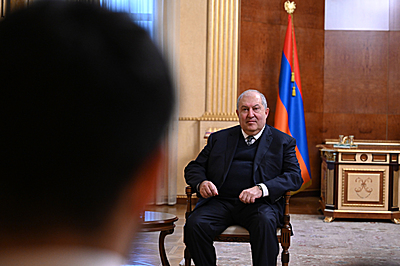 Today, President Armen Sarkissian received Samvel Lazaryan, the Head of the Macroeconomic Research Centre at the Scientific-Research Financial Institute of the Ministry of Finance of the Russian Federation.

He presented the main directions of the Centre's activity to the President of the Republic. In particular, it was noted that the Centre carries out activities in developing national-economic policy, macroeconomic modelling, budget and investment risk analysis, and financial reporting. They also touched upon the prospects of cooperation between the private and public sectors.

With his interlocutor, the President of Armenia discussed the possibility of implementing in Armenia the programs of the Macroeconomic Research Centre. In particular, President Sarkissian encouraged the cooperation of the centre with the relevant state agencies in Armenia.

The parties also referred to the Armenian Summit of Minds, held in Dilijan late in October. Samvel Lazaryan, head of the Macroeconomic Research Centre, who was one of the participants in the summit, stressed the importance of holding such large-scale events in Armenia in terms of representing the country.