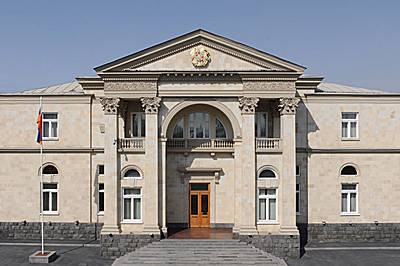 The Office of the President of the Republic is also in constant contact with the heads of the relevant competent bodies.

Given the pre-planned participation of the President of the Republic of Armenia in the prestigious international conference “The Bloomberg New Economy Forum” in Singapore, it was deemed appropriate that the President of the Republic, using that influential international platform as well, within the framework of the Forum, spoke on this situation of concern created on the borders of Armenia, and touched upon the encroachments on the borders and territorial integrity of Armenia by the Azerbaijani armed forces, and the issue of the return of Armenian prisoners of war illegally detained in Azerbaijan. World leaders and heads of international organizations, corporations, and influential media will attend the conference.