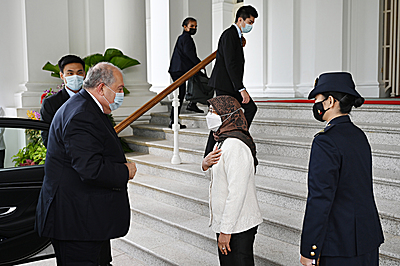 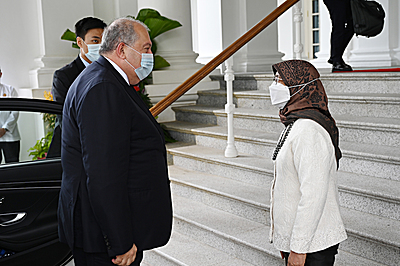 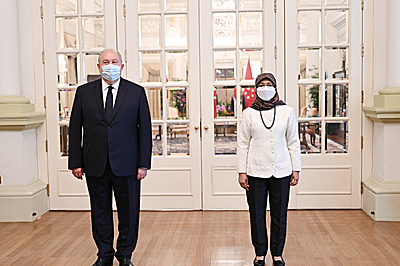 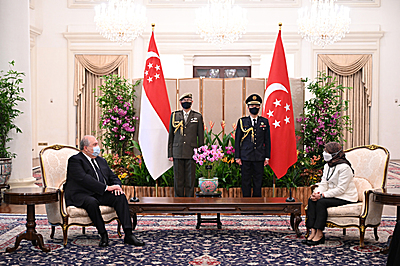 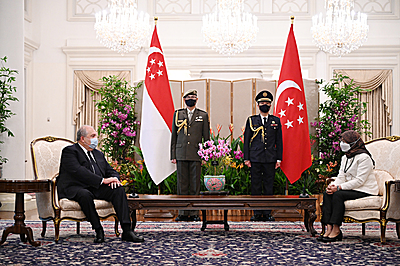 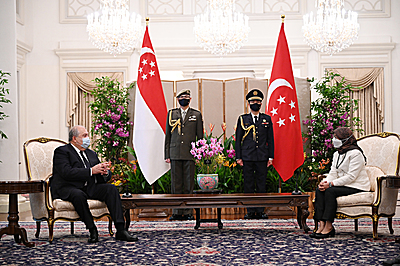 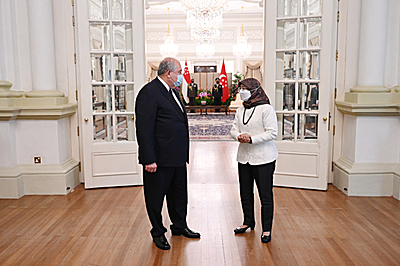 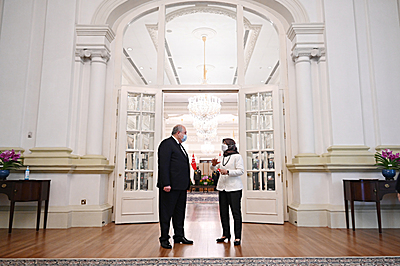 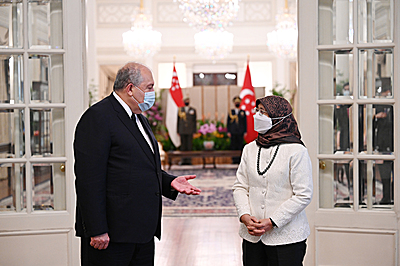 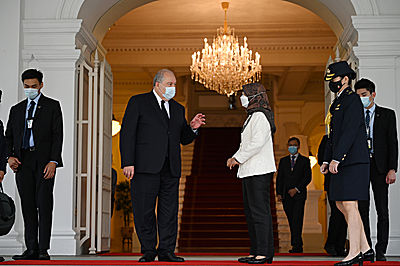 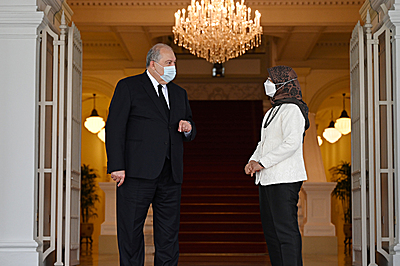 During the meeting, which lasted more than an hour, the Presidents of Armenia and Singapore exchanged views on the current agenda of Armenian-Singaporean relations. President Sarkissian also provided information on the history of the Nagorno-Karabakh conflict, the situation after the 44-day war unleashed by Azerbaijan, humanitarian issues, Azerbaijan's ongoing aggressive actions, including the recent incursion into Armenia's sovereign territory.

During the meeting, they touched upon the potential and opportunities to develop Armenian-Singaporean cooperation in various spheres. President Sarkissian said that Singapore is a good example of a rapidly developed, successful state for many countries, including Armenia.

President Yacob noted that they are ready to help Armenia with their experience and advice in several spheres.