Armenia and Germany have great potential and good traditions of cooperation in different spheres. The newly appointed Ambassador of Germany to Armenia presented his credentials to President Sarkissian 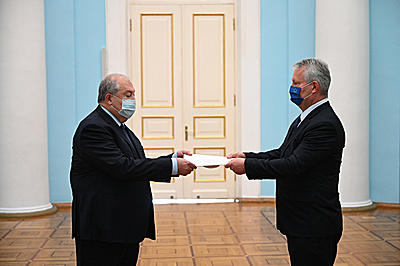 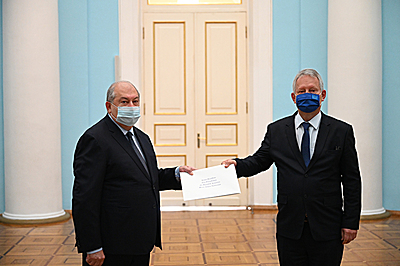 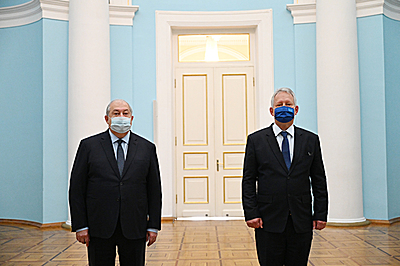 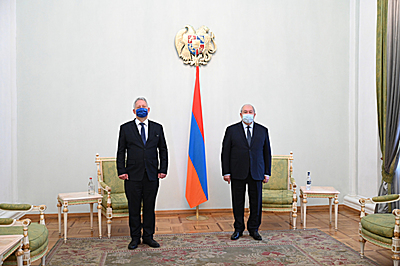 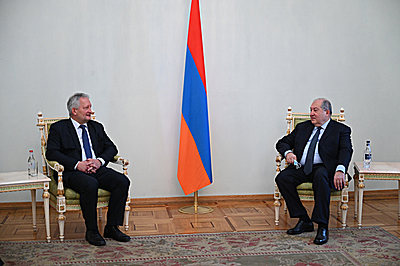 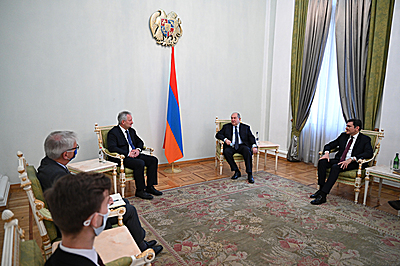 Today, the newly appointed Ambassador Extraordinary and Plenipotentiary of the Federal Republic of Germany to the Republic of Armenia Viktor Richter presented his credentials to the President of the Republic Armen Sarkissian.

President Sarkissian wished success to the Ambassador, noting that Armenia and Germany have great potential and good prospects for cooperation.

The Ambassador assured that he would make every effort to expand bilateral cooperation in all areas.

Noting that Germany is one of the leading countries in the world in various fields, including the latest technologies, President Sarkissian stressed the importance of co-operating with the country's scientific and educational institutions and technology companies, with some of which preliminary agreements are already in place. President Sarkissian said that he connects the future of Armenia especially with the development of new technologies, innovations, science, and education, and the ATOM Presidential Initiative is also aimed at that.

The interlocutors agreed that the two countries have good traditions and great potential of interaction in various fields, and it is possible to achieve significant results, to which further steps should be directed.