The project implemented in the field of renewable energy can become a basis for new investment programs. President Armen Sarkissian received the delegation of "Masdar" company 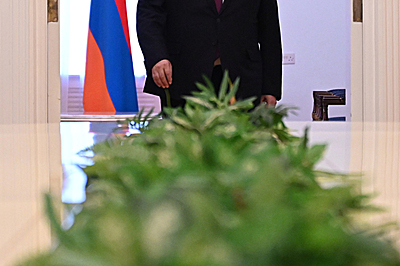 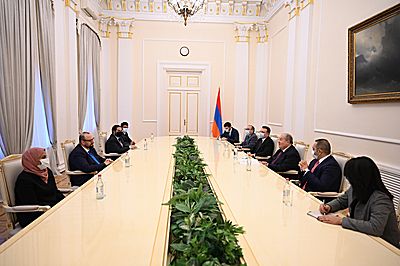 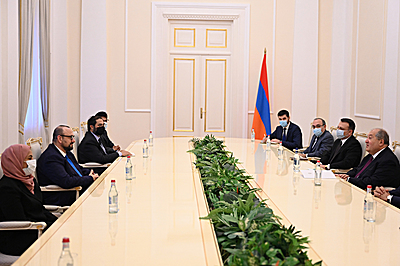 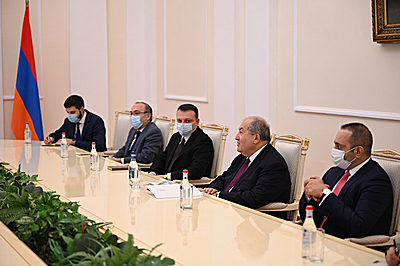 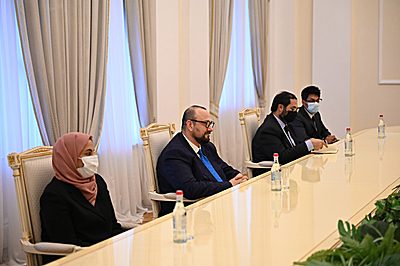 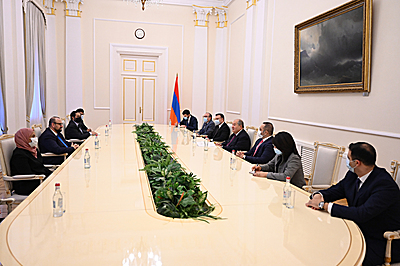 The President of the Republic Armen Sarkissian received the Chief Executive Officer of Masdar Company of the United Arab Emirates Mohamed Jameel Al Ramahi and his delegation.

Today, within the framework of constructing a 200-megawatt photovoltaic power plant, the Government of the Republic of Armenia and Masdar company signed a government support agreement.

Congratulating on the signing of the document, President Sarkissian expressed hope that the large investment program implemented by Masdar in the field of renewable energy in Armenia will mark the beginning of mutually beneficial cooperation. "This is the first major project of your company in our country. I expect that it will continue and will create a basis for further long-term cooperation. Together, we can do a lot, including not only in renewable energy, which is very important for our country but also in some other areas," said President Sarkissian. He stressed his readiness to support the successful implementation of the program as much as possible, and expressed satisfaction in seeing the agreements reached during his high-level visits to the United Arab Emirates being translated into action.

The CEO of Masdar, Mohamed Jameel Al Ramahi, and the Armenian partner of the program, David Papazian, the director of the Armenian National Interests Fund (ANIF), provided information on the progress of the project. Mohamed Jameel Al Ramahi stressed that they are also interested in the success of the project, as a world leader in the field of renewable energy, and are ready to invest their experience in Armenia. "I am confident that the successful implementation of the program will open new horizons for investments in Armenia," he said.

The possibilities of implementing joint programs in some other spheres were also discussed during the meeting.