If we can have a clear vision, program, discipline, commitment, and nationwide unity, I am sure we will get out of this situation․ President Sarkissian met with the members of the executive body of the Qatari Armenian community 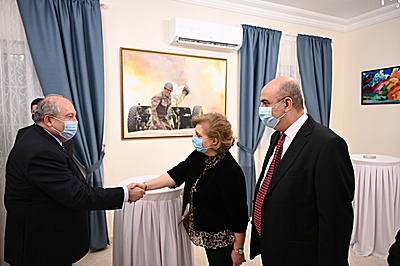 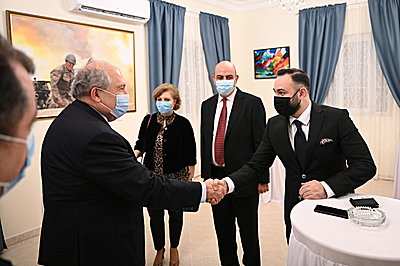 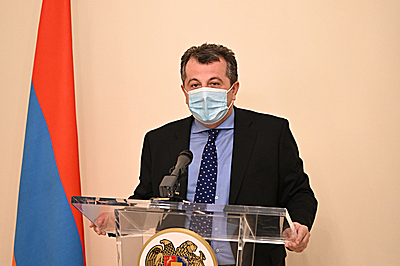 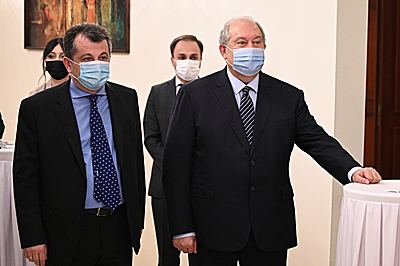 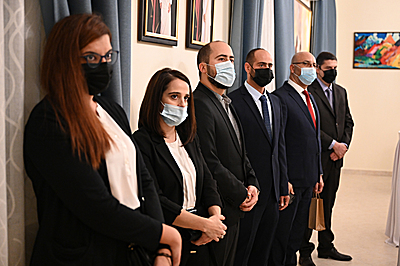 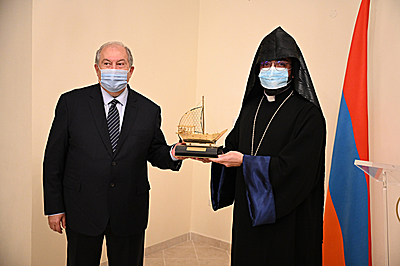 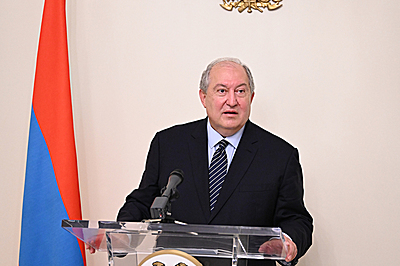 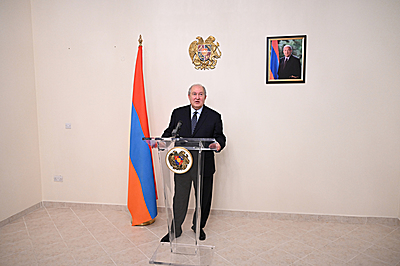 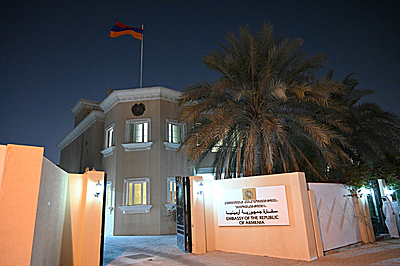 Within the framework of his working visit to the State of Qatar, on the evening of December 10, President Armen Sarkissian met with members of the executive body of the Armenian community of Qatar at the Embassy of the Republic of Armenia in Doha.

The Ambassador Extraordinary and Plenipotentiary of the Republic of Armenia to the State of Qatar Armen Sargsyan and the Pastor of the Armenian Diocese of Qatar, Father Boghos Arch. Tinkjian welcomed President Sarkissian.

In his speech, the President referred to the Armenian-Qatari relations, as well as the situation in Armenia.

Noting that the Armenian Embassy in the State of Qatar opened with the active support of the Emir of the State of Qatar, President Sarkissian once again thanked the Emir of Qatar Tamim bin Hamad Al Thani, the friendly people of Qatar, and said that it was a special step of friendship. "We must do everything to strengthen and expand this friendship, the fraternal relations between the two peoples, " said the President of Armenia.

Referring to his working visit, President Sarkissian particularly noted: "During this visit, I met with the Emir, Emir's father, Sheikha Moza, and other officials. They reaffirmed their warm attitude towards our state and people and their readiness to cooperate.

We assume to have this cooperation in different directions, first of all in culture and education. This is about the Qatar Foundation. We spoke with the Foundation and Sheikha Moza, in particular, about the cooperation between educational systems and startups in modern technologies, science, artificial intelligence, and information technologies. Years ago, Sheikha Moza was in Armenia for one day; impressed, she intends to visit Armenia again.

There are programs that deal with Armenia-Qatar economic relations. They can be, for example, in the field of tourism, where Qatar has enormous potential. The same applies to Armenia as well. Unfortunately, this potential has remained unrealized. In principle, tourism in Armenia can increase many times, bringing a huge investment to our country. State-level cooperation between institutions in energy, new and modern technologies is also essential. I attach much importance to the interest and attention of state institutions of Qatar, and Qatar Investment Authority to Armenia, as an investment country.

We must move forward; that is the logic of life. One of the most significant values ​​of Armenians is the strong sense of survival. If we have managed to survive after the Armenian Genocide and recover in different centres of the world, from Qatar to Los Angeles, Buenos Aires, and Moscow, find ourselves, build churches and schools in distant Siberian cities, stay Armenian, then we will be able to look to the future, recover and go forward.

This defeat is painful and tragic because we lost thousands of young lives, we have people in captivity, and we must do everything to bring them back as every one them is a member of our family. But he must also think about the future. If we do not think today, we will face greater difficulties afterwards.