During the war, we became convinced that France is our true friend once more. President Armen Sarkissian received Valérie Pécresse, Head of the Regional Council of Île-de-France, in France 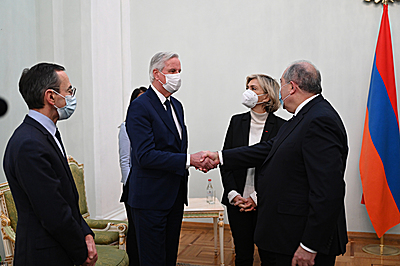 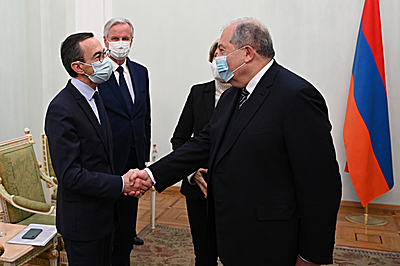 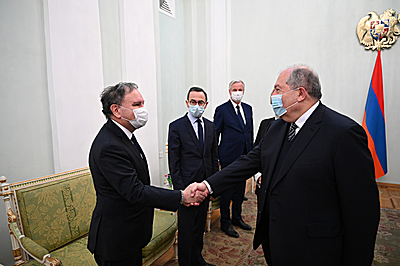 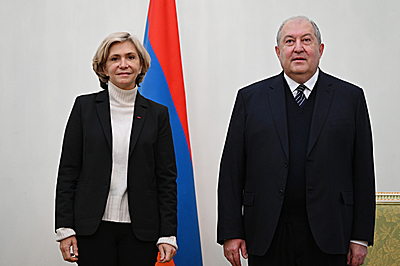 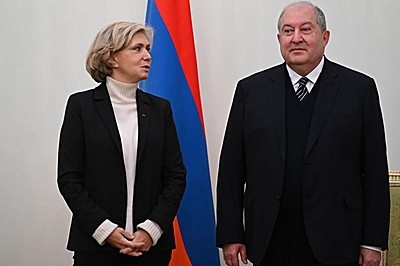 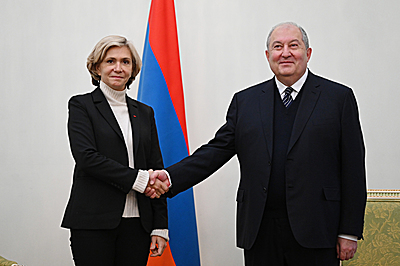 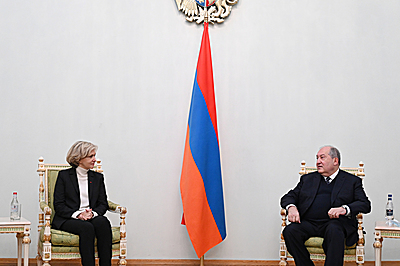 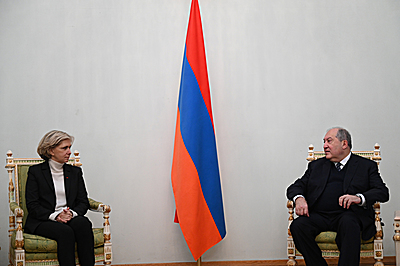 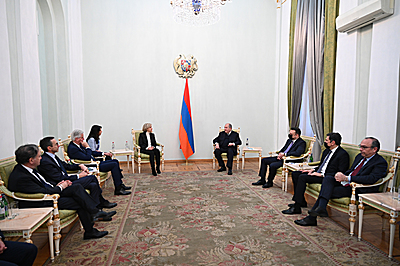 Today, President Armen Sarkissian received Valérie Pécresse, Head of the Regional Council of Île-de-France, and the delegation led by her.

Welcoming Mrs. Pécresse's visit to Armenia, President Sarkissian noted that our country perceives France and the French people as good friends, for they have been with our people in the most difficult moments. "It is also a sensitive period for Armenia now. After the pandemic and the war, we are going through difficulties," he said, "Defeat in a war tastes bitter; however, it is also for us to show that we can stand up with dignity. And for that, we value the help of our friends. During the war, we became convinced that France is our true friend once more."

Noting that this is her third visit to Armenia, Valérie Pécresse said that during the recent years, effective cooperation developed between Île-de-France and some communities and regions in Armenia. She underlined that the Armenian community of France, particularly of Île-de-France, pays full attention to the events in Armenia, and that the people of France want to support the Armenian people as much as possible. "Today, as you mentioned, France wants to participate in the peace process and to help friendly Armenia stand up and be resilient."

They touched upon the post-war situation, the existing humanitarian issues, the problems of preserving the Armenian Christian and historical-cultural heritage in the territories under Azerbaijan’s control. They exchanged views on expanding cooperation and future projects.