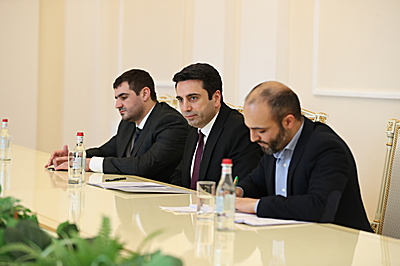 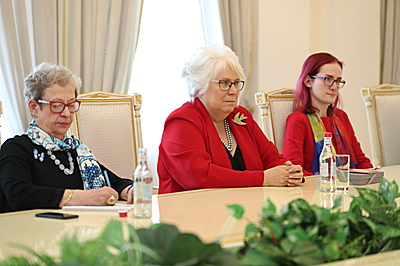 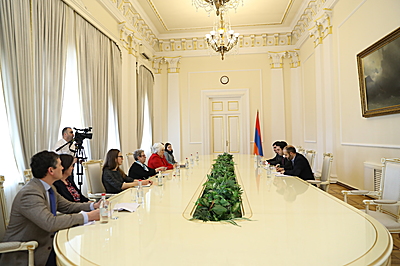 On February 24, Acting President of the Republic of Armenia Alen Simonyan received the delegation led by the Co-Chair of the EU-Armenia Parliamentary Partnership Committee Marina Kaljurand.

Welcoming the guests, Alen Simonyan thanked Marina Kaljurand, Permanent Rapporteur on Armenia in the European Parliament Andrey Kovatchev, and Permanent Rapporteur on Azerbaijan Željana Zovko, for their impartial stance and continued efforts to peacefully resolve the crises in the South Caucasus. The Acting President reaffirmed that the deepening of partnership relations between the Republic of Armenia and the European Union and EU member states is one of the priorities of Armenia's foreign policy.

The parties touched upon the issues of peace and security in the region, and emphasized continuing the negotiation process on the settlement of the issue under the auspices of the OSCE Minsk Group. In this context, they stressed the full implementing of the trilateral statements of November 9, 2020, January 11 and November 26, 2021, as well as eliminating the consequences of their violations by Azerbaijan, including the return of Armenian prisoners of war and hostages, unconditional observance of the ceasefire, and withdrawal of Azerbaijani armed forces from the sovereign territory of the Republic of Armenia.

The parties also exchanged views on the second sitting of the EU-Armenia Parliamentary Partnership Committee in Yerevan, the Bureau of the Euronest Parliamentary Assembly and the standing committees.