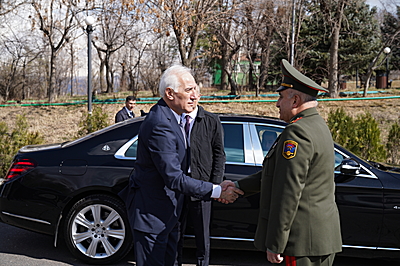 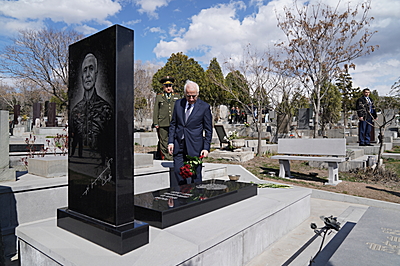 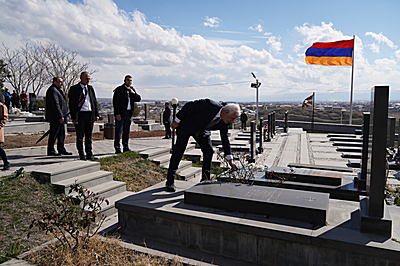 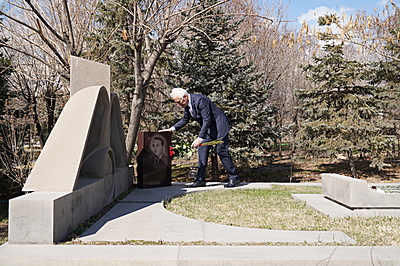 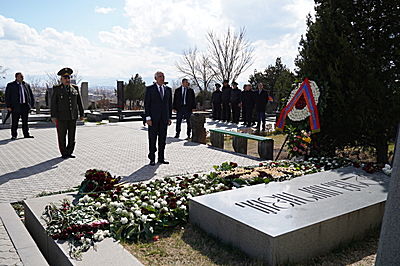 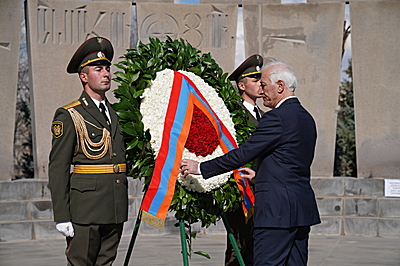 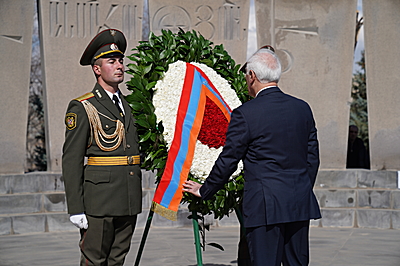 Immediately after the inauguration ceremony of the President of the Republic of Armenia, the newly elected President Vahagn Khachaturyan visited Yerablour military pantheon, and paid tribute to the memory of the heroes who sacrificed their lives for the defense of Motherland.

President Khachaturyan laid flowers at the graves of the RA National Hero Vazgen Sargsyan, General Andranik, and accompanied by a guard of honour, on the wall commemorating the heroism of those who died for the freedom and independence of Homeland.