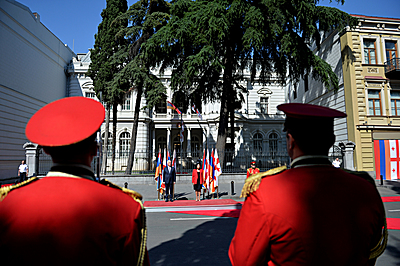 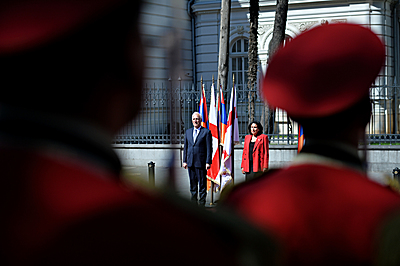 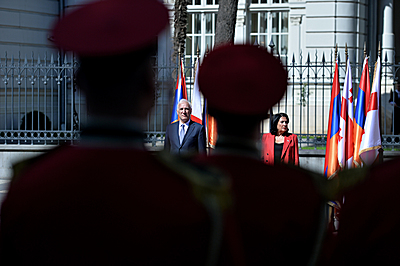 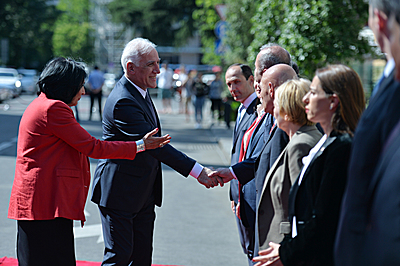 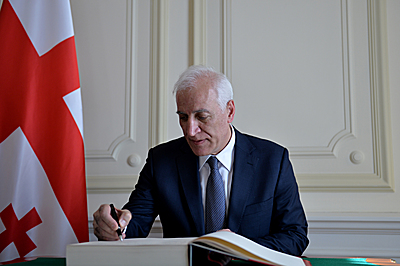 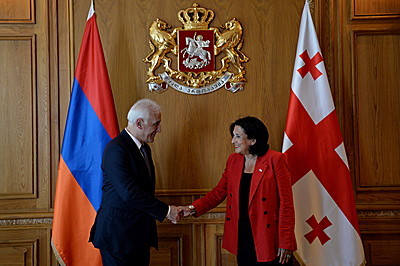 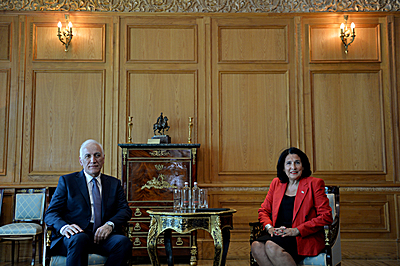 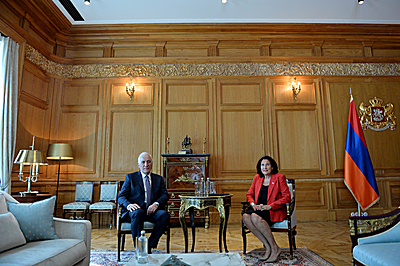 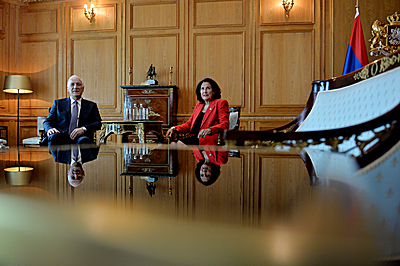 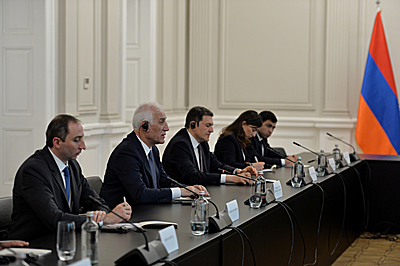 At the residence of the President of Georgia, Orbeliani Palace, the official welcoming ceremony has taken place place for President of the Republic of Armenia Vahagn Khachaturyan, who arrived in Georgia today on an official visit.
The military orchestra has performed the state anthems of Armenia and Georgia. The Presidents of Armenia and Georgia have performed the inspection of the military orchestra and the guard of honor in the company of the commander of the guard of honor.

After the official welcoming ceremony, President Vahagn Khachaturyan has written a note in the honorary guest book of the Georgian presidential palace. “I am glad to pay my first official visit as President of the Republic of Armenia to brotherly Georgia.
I am convinced that as Presidents of good-neighborly states we can make a significant contribution to further strengthen and deepen the bilateral relations to the benefit of our countries,” wrote the President of Armenia.

Afterwards, the meeting took place between Presidents of Armenia and Georgia, Vahagn Khachaturyan and Salome Zourabichvili, which has been followed by the extended meeting of the delegations.

Upon welcoming the official delegation of Armenia, President of Georgia Salome Zourabichvili has stated that it is very appreciated that the visit takes place on the 30th anniversary of establishment of diplomatic relations between Armenia and Georgia, a period that has been 30 years of close friendly relations between the two countries, and so it will continue.

President Khachaturyan has thanked for the warm welcome and noted that Armenia attaches great importance to continuous development and strengthening of relations with neighborly Georgia, for which there are all pre-conditions.
At the meeting, the parties have discussed matters related to Armenian-Georgian relations and the prospects of development. Both parties have underlined that there is large potential for increasing collaboration in various fields, particularly transport, communications, information technologies.

The parties have touched on matters of security, political, and regional importance, and noted that the high level of relations between Armenia and Georgia is an important factor of security in the South Caucasus.