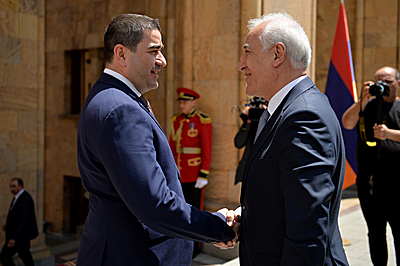 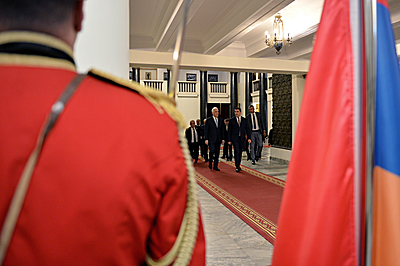 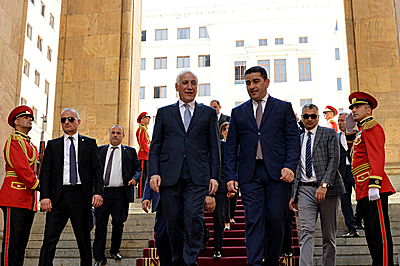 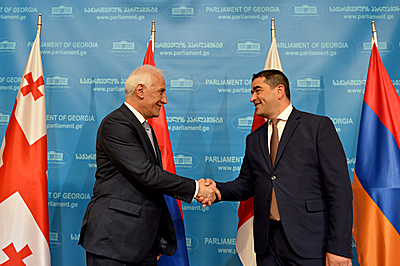 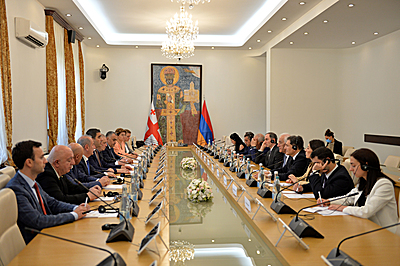 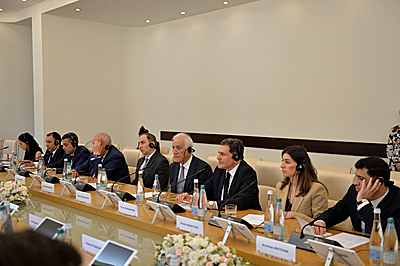 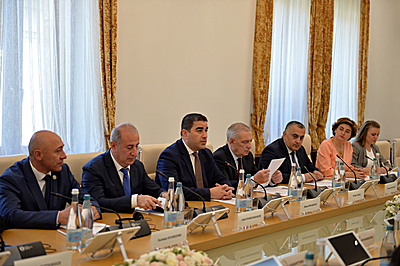 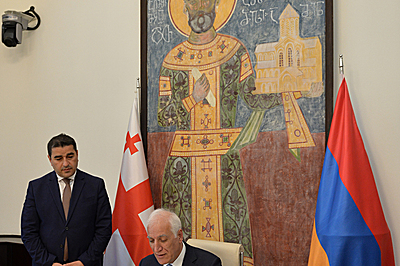 Today, within the framework of his official visit to Georgia, President Vahagn Khachaturyan met with the Speaker of the Parliament of Georgia Shalva Papuashvili.

Expressing his gratitude for the warm reception, President Vahagn Khachaturyan particularly noted, “Armenia highly appreciates and gives great importance to Armenian-Georgian relations. The friendly relations and the brotherhood of Armenian and Georgian peoples are based on mutual respect and friendly cooperation between our countries.”

During the meeting, special importance was given to inter-parliamentary cooperation, the organization of regular meetings between the friendship groups and the commissions operating in the parliaments of the two countries.

The two sides highlighted the special good-neighbourly relations between Armenia and Georgian and the necessity for the further development and expansion of the relations.
During the meeting, reference was made to the regional security and stability enhancement issues. It was noted that both Armenia and Georgia are interested in establishing long-term stability and peace, as it is the main and most important guarantee for the development of the region.

The President of Armenia Vahagn Khachaturyan and the Speaker of the Parliament of Georgia Shalva Papuashvili highlighted that the relations between the two countries, based on mutual trust, continuous discussions and cooperation, have always been at a high level, and will continue to be so in the future.

At the end of the meeting, President Vahagn Khachaturyan wrote a note in the honorary guest book of the Parliament of Georgia.

“I am glad to pay my first official visit to Georgia, a country with which we have had spiritual, cultural and civilizational commonalities for centuries.

I am sure that my visit will be a new stimulus for further strengthening and deepening of relations between our countries”, noted President Vahagn Khachaturyan.