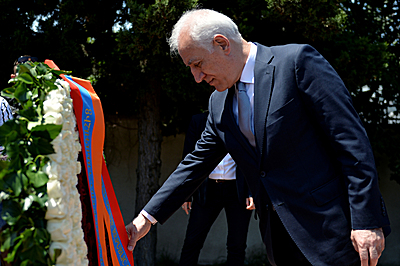 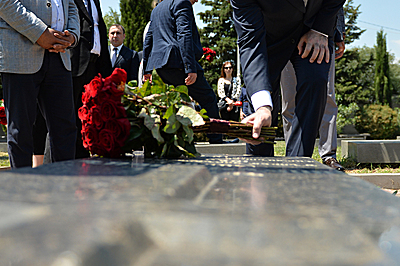 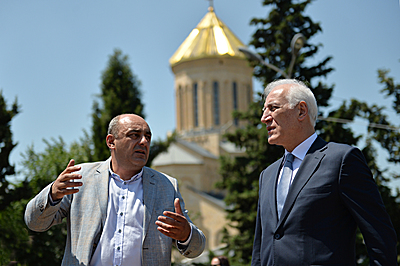 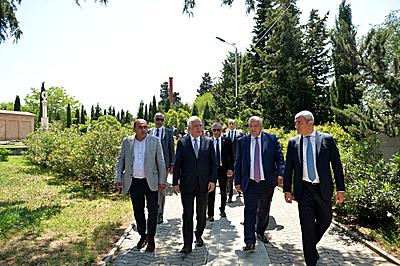 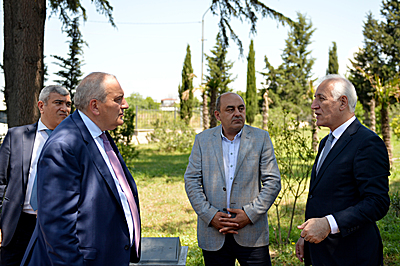 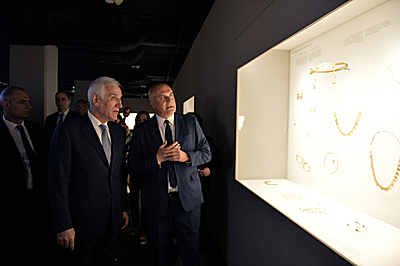 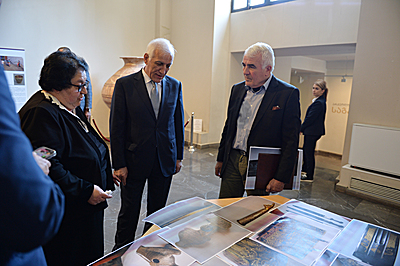 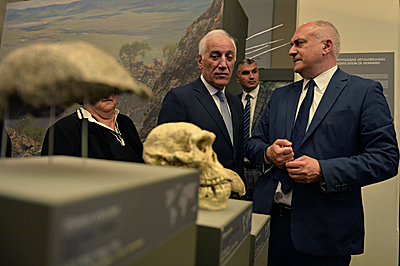 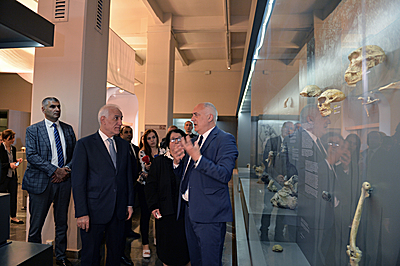 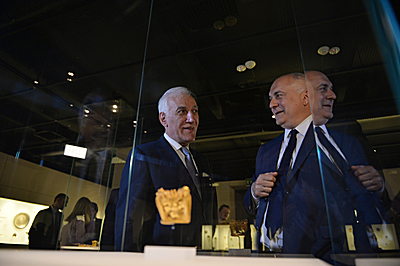 Within the framework of his working visit to Georgia, President Vahagn Khachaturyan paid a visit to the Pantheon of Armenian Writers and Public Figures in Tbilisi.

A wreath was laid at the Cross Stone dedicated to the Memory of the Armenian Genocide Victims, on behalf of the President.

The president, accompanied by cultural and public figure Levon Chidilyan, walked around the territory of the pantheon and laid flowers on the gravestones of famous Armenian figures. The president noted that he was greatly impressed by the well-maintained state of the pantheon. He thanked for the important work done in memory of Armenian intellectuals and outstanding Armenian figures.

Within the framework of his visit to Georgia, President Vahagn Khachaturyan visited the Simon Janashyan National Museum. Accompanied by the director of the museum Davit Lortkipanidze, the president toured the museum and got acquainted with the exhibits.