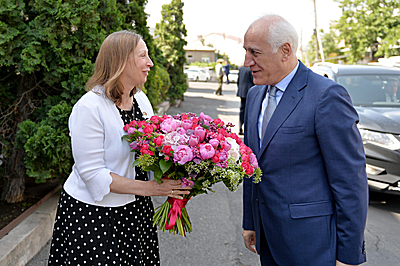 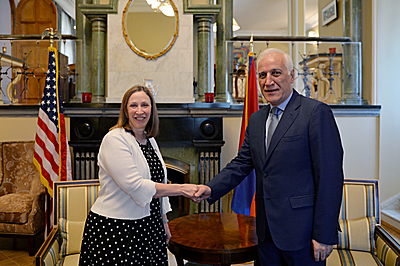 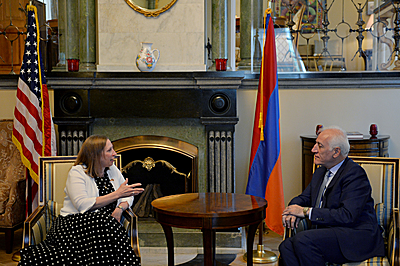 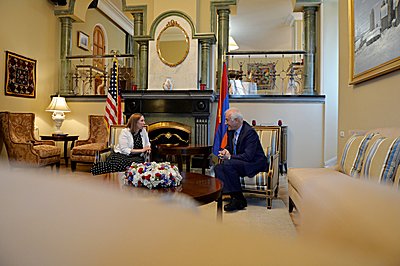 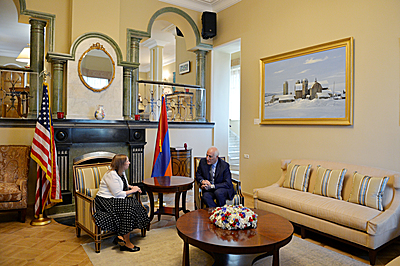 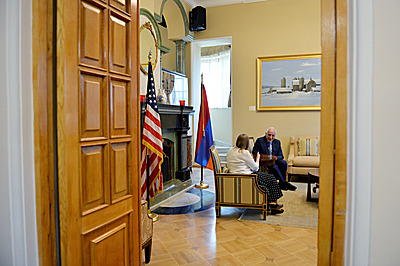 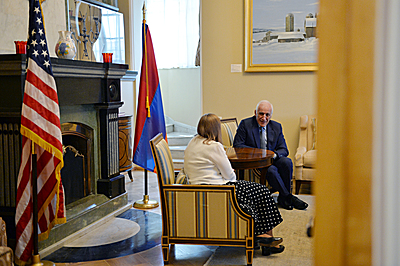 On the eve of the Independence Day of the United States of America, the President of Armenia Vahagn Khachaturyan visited the residence of the US Ambassador Extraordinary and Plenipotentiary to the Republic of Armenia Lynn Tracy.

President Khachaturyan congratulated on the national holiday and wished success to Ambassador Tracy, the Embassy staff and the people of the United States.

The President praised the support of the United States in the development and the democratic progress of our country from the day of its independence. President Khachaturyan shared his warm memories of the first US Ambassador to Armenia Harry Gilmore, who he had met years ago when he was occupying the position of the Mayor of Yerevan. He mentioned that what Harry Gilmore did for Armenia during those tough days will never be forgotten.

The interlocutors exchanged views on the current agenda of Armenian-American relations and the prospects for the development of bilateral cooperation.