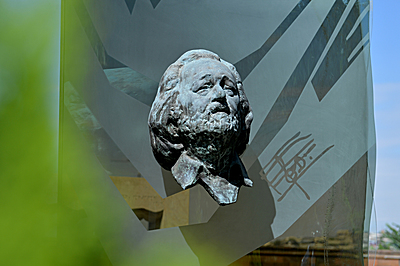 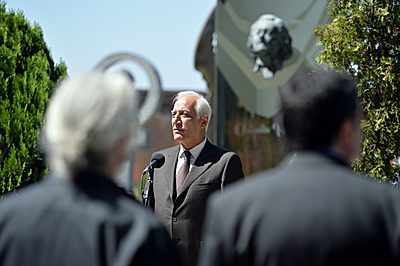 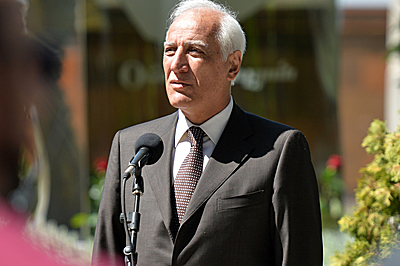 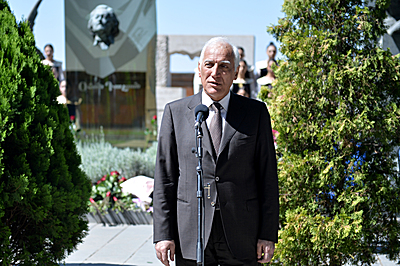 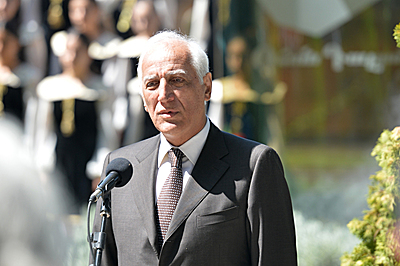 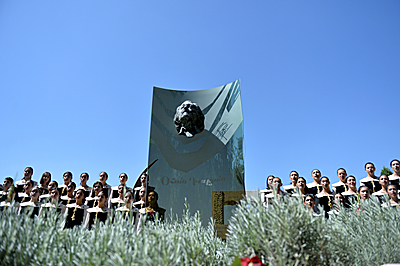 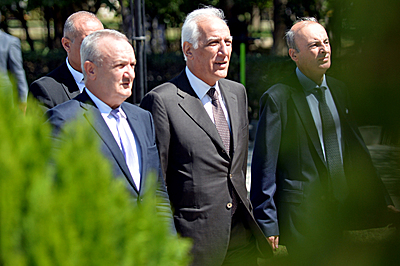 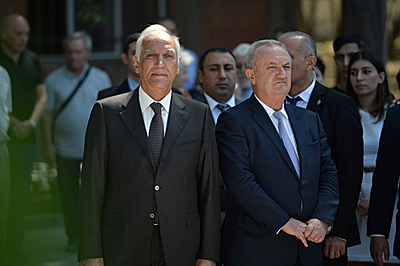 Today, in Komitas Pantheon, President Vahagn Khachaturyan paid a tribute to the memory of a prominent musician and conductor Ohan Duryan and attended an event dedicated to his 100th birth anniversary.

Alongside the Minister of Education, Science, Culture and Sports Vahram Dumanyan and family members and friends of Ohan Duryan, President Khachaturyan laid flowers at the Maestro’s grave.

In his speech, President Khachaturyan particularly noted: "I want to congratulate everyone on today's occasion, as we are celebrating Ohan Duryan's 100th birth anniversary. I am one of the lucky ones who had the opportunity and honour to know the Maestro since 1993, to communicate with him, -the President said. – Throughout his life, he never betrayed the principles he lived by. Because of those principles, he suffered a lot - first in Soviet Armenia, when he had to leave his homeland, and then in our independent Armenia.

However, I think the most important thing today is that we have the opportunity to celebrate the Maestro's centenary at the state level. He simply did not tolerate anything fake, especially across professional frameworks. Those who worked with the Maestro know what he was like in his work."

President Khachaturyan shared his memories and told some episodes about Maestro Duryan. "There were cases when problems arose with different orchestras. We were trying to understand the reason and it turned out that the Maestro was a very strict person. He was trying to convey to the musicians what he knew, as much as possible. As a result, the entire orchestra was grateful, because he had increased the professionalism of the musicians through his work. We feel his absence today."

Addressing Ohan Duryan's widow and close friend, Vahagn Khachaturyan said: "I want to thank you, Mrs. Alice, as well as the Maestro's deceased friend Vahan. You keep the Maestro's memory alive at all costs, and you tried to do everything as the Maestro would have done, no small detail was too small for you."