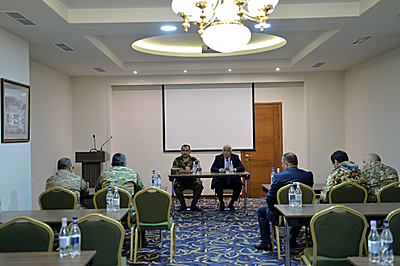 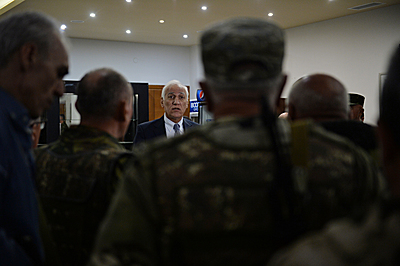 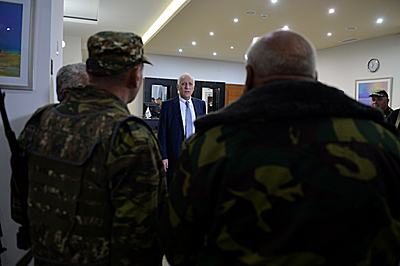 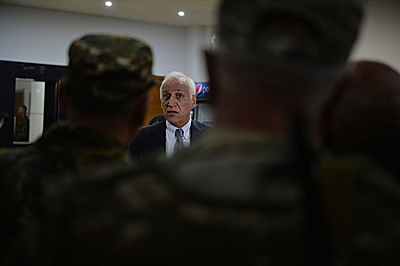 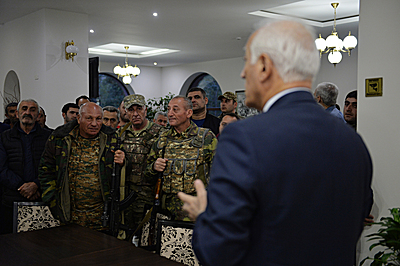 Today, President Vahagn Khachaturyan paid a visit to Jermuk to familiarize with the situation steaming from the Azerbaijani aggression first-hand.

The President met with the Governor of Vayots Dzor region Ararat Grigoryan, the Deputy Head of Jermuk community Vahagn Arsenyan and Member of Parliament Trdat Sargsyan, under whose leadership volunteer squads were formed to defend the city.

Chief of the General Staff of the RA Armed Forces Edvard Asryan and the representatives of the Command Staff of Army Corps presented the operative situation to president Khachaturyan.

The toured the city and visited the positions, met with soldiers standing in separate positions, who caused significant damage to the enemy with their heroic actions. The president talked to the soldiers on combat duty.