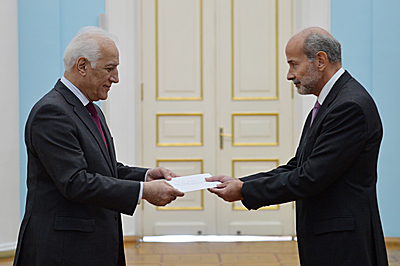 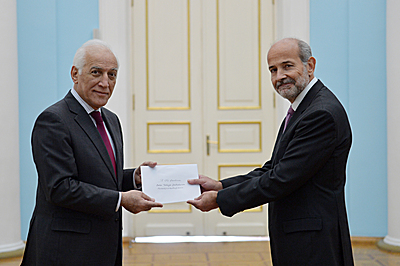 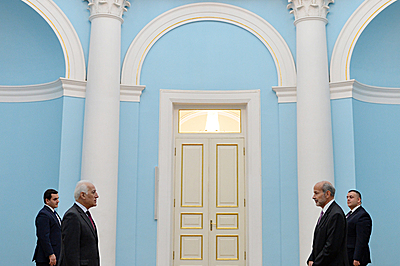 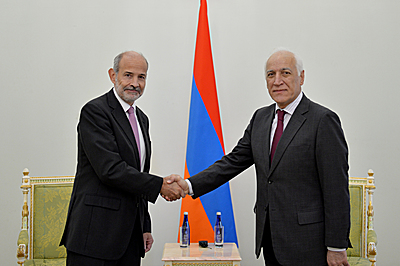 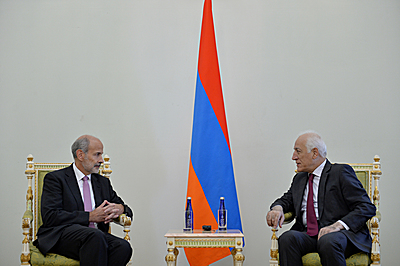 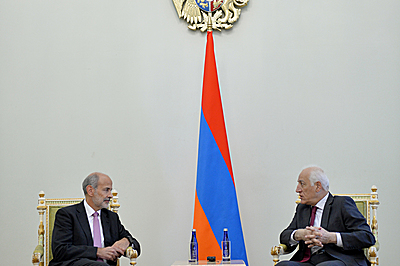 Today, the newly appointed Ambassador Extraordinary and Plenipotentiary of the Kingdom of Spain to the Republic of Armenia Marcos Gómez Martínez (residence in Moscow) presented his credentials to President Vahagn Khachaturyan.

President Khachaturyan congratulated the Ambassador on assuming the office and expressed confidence that during his tenure Armenian-Spanish relations will continuously record positive dynamics of development.

The sides exchanged ideas on the current agenda of Armenian-Spanish relations, as well as the realization of the potential of strengthening and deepening cooperation in numerous fields.

President Khachaturyan touched upon the aggression unleashed by Azerbaijani armed forces against the sovereign territory of Armenia, noting that any attack of Azerbaijan should receive a counterattack and get the international community's targeted response.