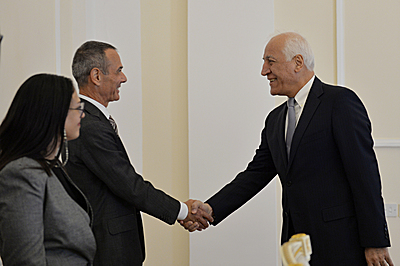 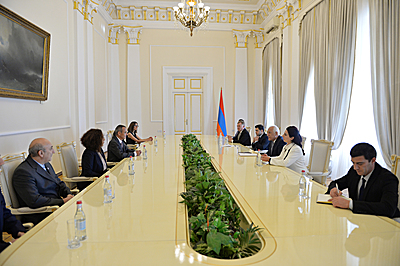 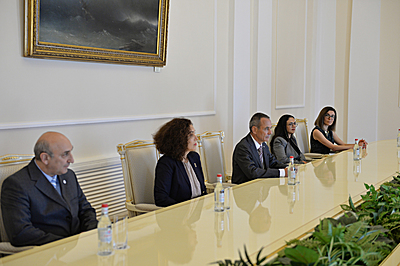 President Vahagn Khachaturyan received the delegation led by the Head of the  Delegation of the International Committee of the Red Cross in Armenia Thierry Ribaux.

Welcoming the guests, the President said: “We have always highly appreciated our cooperation with you. Now we appreciate it more than ever, given that you have your representatives both in Yerevan and Stepanakert”.

The President expressed his appreciation for the efforts of the ICRC, aimed at providing the communication of the detainees still kept in Azerbaijan and their relatives, as well as gaining information regarding their general state of health.

Thierry Ribaux expressed his gratitude to the President for the reception and welcomed the support and eagerness of the state body representatives to the activities of the Red Cross.

During the meeting, the sides touched upon the issue of the detainees still kept in Azerbaijan and those who went missing as a consequence of the 44-day war and the following Azerbaijani aggression.

Both sides highlighted the fact that humanitarian matters should not become a subject of political speculation.