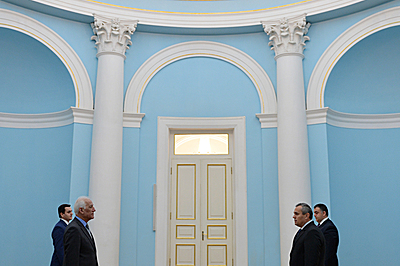 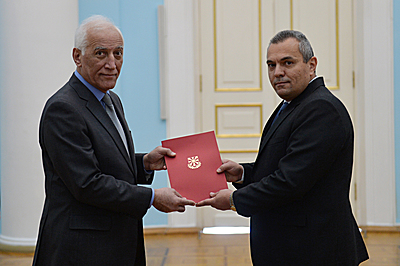 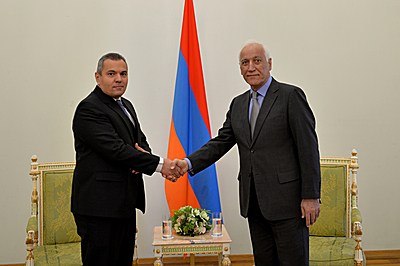 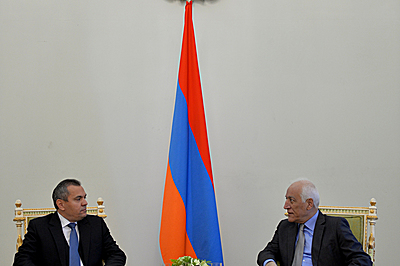 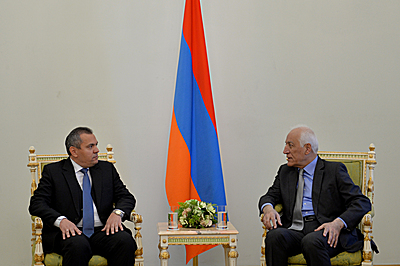 The newly appointed Ambassador Extraordinary and Plenipotentiary of the Republic of North Macedonia to the Republic of Armenia Krum Efremov (residence in Kyiv) presented his credentials to President Vahagn Khachaturyan.

The President congratulated the Ambassador and expressed hope, that during his tenure as the first Ambassador of North Macedonia to Armenia, Ambassador Efremov will significantly contribute to the strengthening of the existing friendly relations and realization of the real potential of bilateral interaction.

President Khachaturyan noted, that even though the history of diplomatic relation between Armenia and North Macedonia isn’t long, the peoples of both countries know each other very well, have a lot in common, similar history, and have overcome many ordeals. “Our official relations will enable us to use the opportunities of the two countries to the fullest”, noted the President.

Touching upon the possible ways of cooperation, the President emphasized the fields of high technologies, tourism and business, noting that joint work may create opportunities to unveil new fields of shared interests.

The Ambassador of North Macedonia assured that during his tenure, he will do everything possible to develop and strengthen the bilateral ties.

During the meeting, both sides attached importance to the efforts aimed at the establishment of regional stability and sustainable peace, highlighting that it is possible to achieve the settlement of the issue through negotiations and diplomatic solutions.