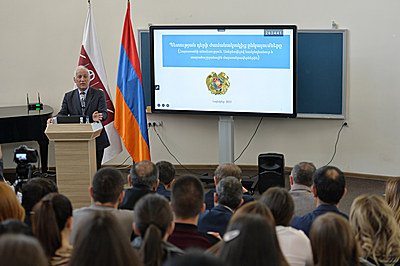 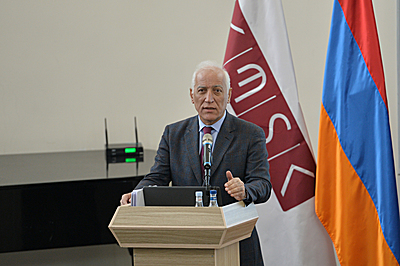 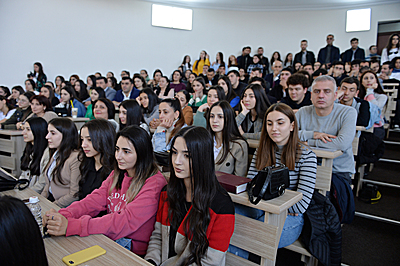 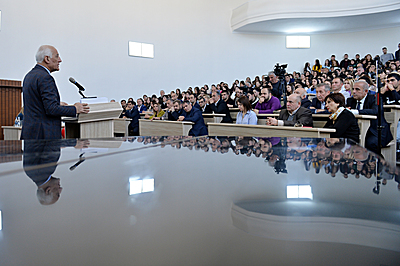 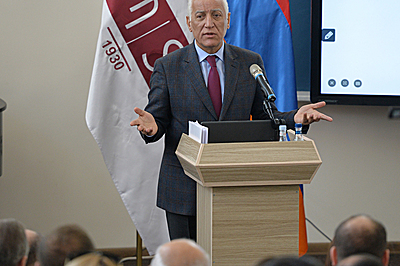 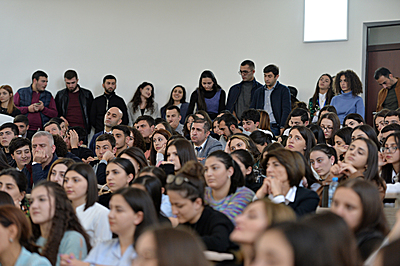 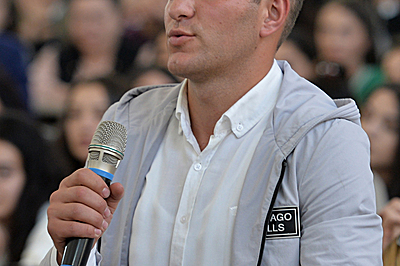 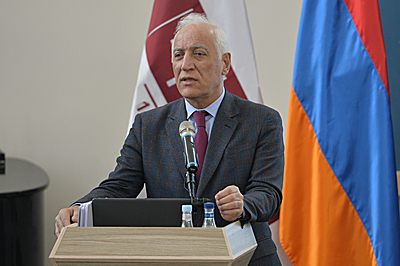 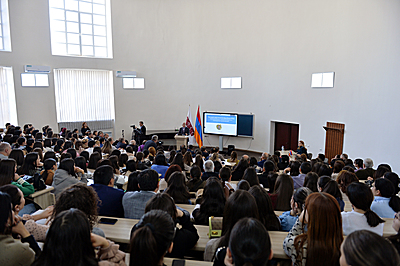 Today, President Vahagn Khachaturyan delivered a lecture entitled “The modern perceptions of the role of the state” at the Armenian State University of Economics.

“There are certain phenomena around us, in our region, and generally, within the framework of the events taking place in the world, that need some interpretation, and that interpretation should include also theoretical judgements and theoretical renderings. In this respect, the most important topic is that of the role of the state. Oftentimes, when speaking of the environment we are in, the actions of the state or the government, we forget what state is,” said President Khachaturyan.

According to the President, the environment we live in today absolutely differs from the environment we had during the Soviet years or before that. “The demands placed on the state during the Soviet years, the 1990s and today are completely different,” said Vahagn Khachaturyan, noting that talking about the role of the state became very important during the COVID-19 pandemic. The President presented the difficulties deriving from the pandemic, the actions different states took to overcome those difficulties, and Armenia’s approaches.

The President also spoke of the role of the state institutions, the necessity for them to be present in the economy, and the functions of the state.

“The viewpoints that the regulating role of the state should be increased prevail ubiquitously. We, the economists, are trying to say what’s the most important. What should the state do? This question still arises discussions. Generally speaking, firstly, the state should protect its rights, solve conflicts and regulate the legal field. The citizens and the business should be protected. The state, of course, has its role in this. It has to provide such goods that individuals can’t provide. This is conditional, for, through the course of time, the functions of providing goods also change.

Technological development, and the shifts in our mindset or behaviour over time, should result in the state just quitting some of its functions from time to time. That’s the demand of progress,” said the President.

During the lecture, President Vahagn Khachaturyan also touched upon the main elements of economic development, the roles of the state, the modern economy and the consequences of the 2008 global crisis and state-market relations.

Afterwards, the President answered the questions of the student.