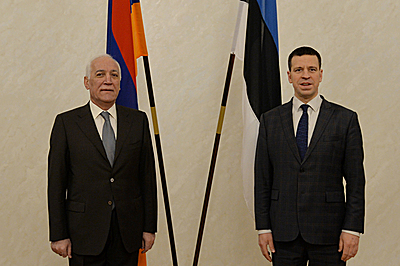 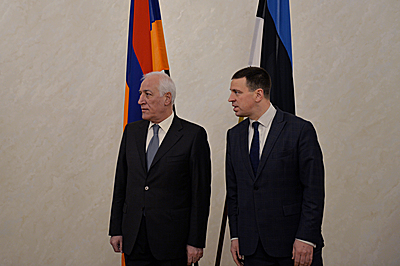 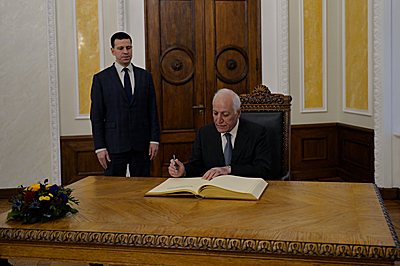 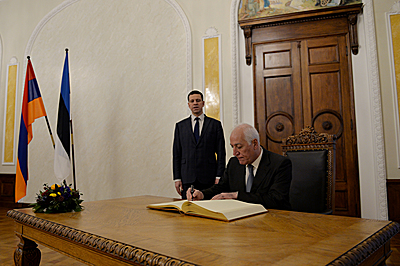 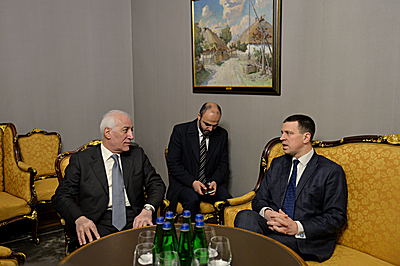 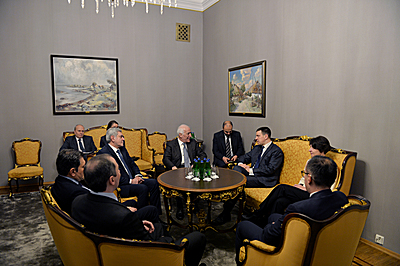 Within the framework of his working visit to Estonia, President Vahagn Khachaturyan visited the Parliament of Estonia, Riigikogu, and had a meeting with Jüri Ratas, the President of the Parliament.

During the meeting, President Vahagn Khachaturyan touched upon the current regional developments and issues, particularly the threats of a humanitarian crisis caused by the blockade of the Lachin Corridor.

The President of Riigikogu also spoke of his visit to Shushi and noted that he had an intention to get informed about the general situation right on the spot. He noted that Estonia is ready to contribute to the agenda of establishment of peace in the South Caucasus within its power.

During the meeting, the sides also touched upon the realization of the potential and opportunities of Armenian-Estonian cooperation in the fields of digitization, high technologies and border security system implementation.

President Vahagn Khachaturyan and Jüri Ratas put a special emphasis on the cooperation between the Parliaments of the two countries and the development of parliamentary diplomacy.