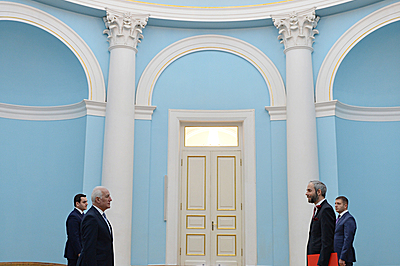 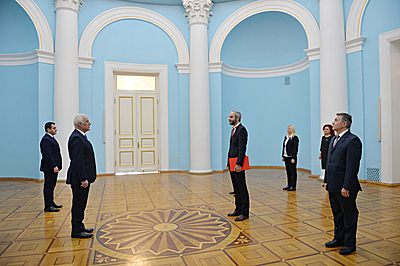 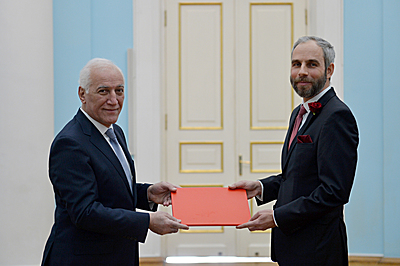 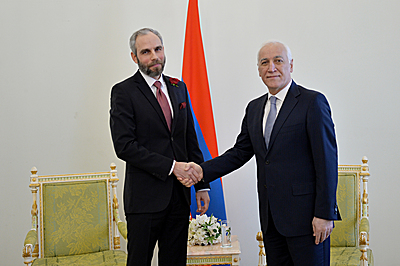 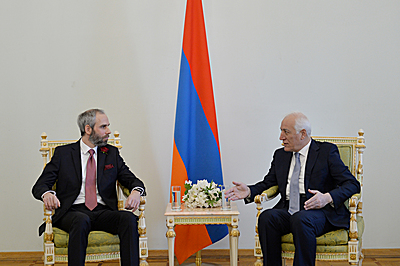 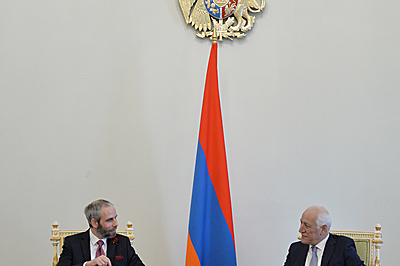 The newly appointed Ambassador Extraordinary and Plenipotentiary of the Czech Republic to Armenia Petr Piruncik presented his credentials to President Vahagn Khachaturyan.

The President congratulated the newly appointed Ambassador, wishing him effective work during his diplomatic mission.

During the meeting, the sides discussed the prospects of activating and deepening the trade and economic relations between Armenia and the Czech Republic, as well as cooperation in the fields of high technologies, military industry and tourism, and the possibility of reopening Yerevan-Prague direct flights.

The sides also touched upon the importance of reciprocal visits and high-level political contacts.

At the end of the meeting, the sides reached an agreement to make working contacts continuous in order to bring the discussed cooperation to life.