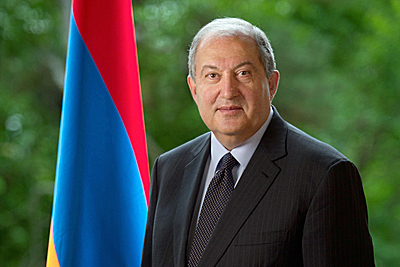 Distinguished guests of Armenia and Artsakh,

You have come to the ancient Armenian land. But neither one of you is a guest here because in fact you have come home, to your native Armenian homeland. You have come to participate to a Pan-Armenian event, have come to enjoy and enrich the Armenian ambiance, have come to compete and win. Artsakh and Artsakhians know all too well what victory means. This year, we celebrate the 20th anniversary of the Pan-Armenian Games, thus it is more than just emblematic to give a start to the Games from Artsakh, Artsakh province of Great Hayq. Let’s remember that in 385, King Varazdat of Great Hayq became the first Armenian champion of the Olympic Games. At this Pan-Armenian Games three symbolic torches were lit in three historical Armenian regions: at the foot of Musa Dagh in Cilician Armenia, in Khor Virap in Ararat valley, and in Tigranakert in Artsakh. Three torches convey to us at least three messages: to be united, to come together over one Fatherland, and the pledge to empower it.

The Pan-Armenian Games present a unique opportunity to connect with the Fatherland through the Armenia-Artsakh-Spyurk triumvirate. Participants from over 35 cities of the world will compete in Armenia and Artsakh in different sports, forming a strong Armenian fist which symbolizes unity and solidarity. I hope that the Games will provide many bright and remarkable moments, while visits to Artsakh and Armenia will fill you with the most congenial and pleasant memories.

I wish you success and all the best.