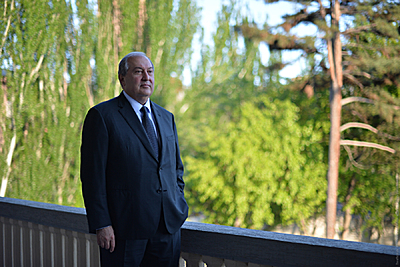 Today is Artsakh’s Revival Day, and I congratulate us all on this occasion.

The very name of the day conveys completely what was happening on February 20, 1988 on the central plaza of Stepanakert. On that day not only Artsakh was revived but the Armenian dream itself, the idea of independent statehood. That day solidified our unity and a strong message was sent that the time for restored justice and victory of freedom had come.

The Artsakh movement, which spread with the lightning speed in Armenia and resonated with every Armenian no matter where they lived, was the premonition of Artsakh’s and Armenia proper’s independence. Very soon it became a beacon which multitudes of the people of the Soviet Union, who were striving for freedom and democracy, turned their glances to.

Elections of the President of the Republic of Artsakh and National Assembly, which will take place a little more than one month from now, are anchored in the Artsakh movement, in the decision proclaimed 32 years ago at the central plaza of Stepanakert, the decision to be free and independent. Yesterday it was momentous, today it is irreversible, tomorrow it will be permanent, eternal.

The world is changing constantly and continuously, and Artsakh is part of that world. Thirty-two years ago the Artsakh movement was able to turn the wheel, which seemed to be immovable, was able to change mentality, was able to expand the boundaries of freedom and justice and because of all that to create a state with heroic people.

Artsakh earned and now has the right to live a free and independent life, the right to empower its historical fatherland on the world map.