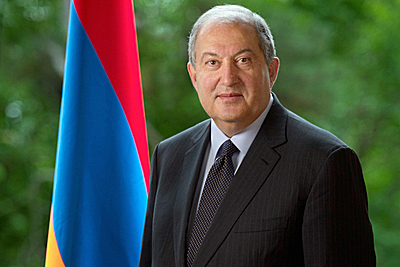 I congratulate us all on the occasion of the state elections held in the Republic of Artsakh.

These elections, which took place against the backdrop of a very complicated global situation, proved yet again that Artsakh is a mature state; its state bodies and structures are well-organized and coordinated, its society is active and responsible.

I have already had the occasion to say that there shall be no winners and losers in the March 31 elections. Artsakh and its people proved again their resolve to build and develop a free and independent homeland based on the principles of democracy and human rights.

I also congratulate those political forces which did not receive enough electoral votes but will definitely continue their patriotic activities on nonparliamentary platforms. Unity and unanimity will be the guarantees of our common success in the coming years.
I congratulate presidential candidates who have reached the second round of the elections, Arayik Harutyunian and Masis Mailian.

I am confident that after receiving the final vote of the people of Artsakh, the new president will form a healthy political and working environment, bringing in all capable forces.

I also congratulate other candidates who participated at the presidential elections. I have no doubt that they too, will contribute their entire potential and capabilities for the benefit of Artsakh’s development.

After these elections, the Constitution of the Republic of Artsakh will enter into force and will function fully. The newly formed National Assembly and government will take up the implementation of the human and citizens’ rights enshrined in the Main Law, as well as a difficult and gratifying task of ensuring the country’s security and economic development.

In these difficult, challenging times we have plenty to do. We all, Armenians in Artsakh, Armenia and Spyurk are resolute. We will ensure a safe, powerful, stable and peaceful future of Artsakh through our united and joined forces.