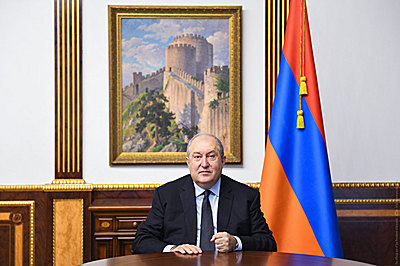 These days 33 years ago, bloody actions were carried out against the local Armenian population in the city of Sumgait, Azerbaijan.

The massacres, carnage and violence, deportations and deprivations planned and carried out by the Azerbaijani authorities were a crime against Armenians. It was the Azerbaijani response to the peaceful struggle of our compatriots in Artsakh to live freely in their historical homeland.

Two years later, the impunity for “Sumgait” brought forth other tragedies in Baku, Gandzak, and Maragha.

Their hate toward the Armenians was also demonstrated in the recent war, particularly through the inhuman treatment of the population of Artsakh and the Armenian captives, torturing and killing them. Due to the war unleashed against Artsakh, the fate of many of our compatriots is still unknown.

The Sumgait atrocity and the whole Azerbaijani policy of ethnic cleansing against Armenians, already taking place under the conditions of modern civilization, are strongly condemned.

I bow to the memory of our compatriots who fell victim to the Azerbaijani violence.

May the memory of the just be blessed.