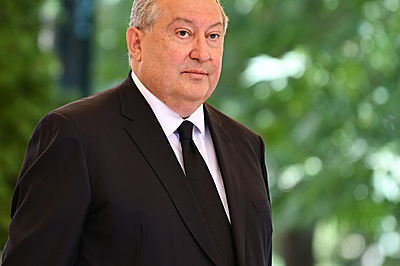 I warmly congratulate you on the 75th anniversary of the founding of the Byurakan Observatory named after Victor Hambardzumyan, Academician of the RA NAS.

It is a great honour for me to have been a small part of the history of the Byurakan Observatory, a history that is inseparably connected with the rich chronicle of the Armenian scientific mind, a history, which comprised part of my teaching and scientific activities.

And our scientific mind, in turn, was one of the pioneers of world science. I am sorry to record all this in the past tense. But in the case of the Byurakan Observatory, the picture is absolutely different. Perhaps, in terms of technology, it is still far from being modern; however, what is done there is, indeed, a significant part of modern science.

The jubilee of the Byurakan Observatory is another occasion to speak about the fact that the attitude towards science needs serious changes. It refers to the practice of science, generation of a scientific result, steps aimed at its development and, of course, restoration of the best traditions.

The world today is not moving forward, but it is moving forward with insane speed. If we, as a state, society, people, and scientific community do not feel that speed, in the future it will be impossible to make up for the lost time...

If Armenian scientists still achieve success abroad, why is the same impossible in Armenia? Is the problem only the lack of adequate funding? Is the issue in the absence of appropriate demand, order, or guarantee?

At a scientific conference, I had the opportunity to say that I dream of the day when Armenia will again become a superpower in astronomy. I want to reiterate that even a small country like ours, if properly focused on studying the basic needs: education, scientific research, and new technologies, incorporates the best in the world, will have an opportunity to be among the leaders.

75 years ago, when the Byurakan Observatory was founded, the current technologies may have been fantastic. Today, the fantastic has long since descended on the earth, forcing science to accept reality, and for dreamers to think about the future manifestations of the fantastic. If at one time the stars were observed, for the most part, by human intelligence, today artificial intelligence has also entered the field of astronomy. The latest technologies observe the starry sky. But let us never forget that they are all the birth of the human mind and intellect, let us not forget that the best technologies are the mind and talent, first and foremost...

I wish the whole staff of Byurakan Observatory, my colleagues and friends, the people who translate the essence of the stars to us, good health, new success and all the best.