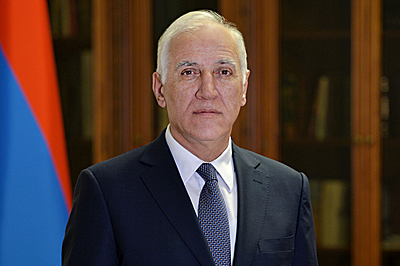 On September 13, the Azerbaijani armed forces unleashed large-scale military operations along the Armenian-Azerbaijani border, using artillery, UAVs and large-caliber weapons, shelling Armenian army positions, peaceful settlements and infrastructures, as a result of which the Armenian side has dozens of victims and injured people, and have suffered significant damage to buildings and structures.

My deepest condolences to the families and relatives of our fallen soldiers, wish them strength and vigor, and speedy recovery to the injured.

I appeal to Armenia's international partners to condemn the violations and provocations by the Azerbaijani armed forces against the sovereign territory of the Republic of Armenia, calling on them to force the military-political leadership of Azerbaijan to abandon the practice of threatening to use force and unleashing violence, in accordance with the norms of International Law.

I expect our CSTO partners, the United Nations Security Council, the relevant OSCE structures and the international community to voice a unified, adequate and targeted assessment of Azerbaijan's gross violation of the fundamental principle of territorial integrity of International Law, and the aggression aimed at disrupting the Peace Agenda.

I urge our citizens, all political forces, parties and public structures of Armenia to put aside political differences and contradictions and unanimously, unconditionally stand by the Armed Forces of the Republic of Armenia and public unity, realizing the seriousness and extremity of the moment.

Our motherland needs unanimity and protection, and in the current situation, we should all be united by the noble cause of protecting our country and ensuring the inviolability of its borders, sovereignty and security.