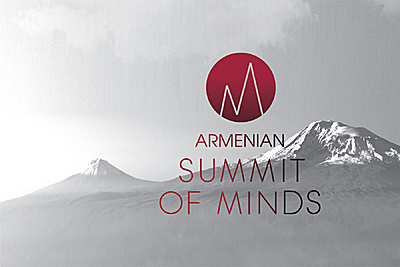 President Armen Sarkissian and Presidential Staff are receiving letters of appreciation and proposals for cooperation in various areas from the participants of the Armenian Summit of Mind which took place in Dilijan on June 7-9.

The Special Representative of the President of the Russian Federation on the International Cultural Cooperation Mikhail Svydkoy thanked the President of Armenia for the invitation to participate at the event and noted that the two-day “brain storm” was useful not only for the organizers but also for the participants. “I am confident that the Armenian Summit of Minds, as well as the other forthcoming international conferences dedicated to the issues of contemporary development, will have an important role in the Armenian-Russian relations, attracting leading Russia experts from the areas of economy, natural science, and humanitarian issues.”

The Director General of the European Southern Observatory, Professor Xavier Barcons sent his thanks to the President of Armenia and expressed readiness for cooperation. “The Armenian Summit of Minds was an important occasion to understand Armenia’s perspectives and bring our contribution to the possibilities for your country’s development. I would like to take this opportunity to underline how cooperation, especially in the area of science, could lead to mutual prosperity,” he wrote and expressed readiness to cooperate with Armenia’s scientific institutions in the area of astrophysics.

Professor of Kent University in Great Britain Elena Korosteleva noted that she was impressed with the level of the discussions held at the Summit and their strategic nature. She noted that met many talented young people at the event and proposed to hold in the future discussions with the participation of the young people.

Professor of the Saint-Malo Technological University of France Jean-Jacques Montois also expressed readiness for cooperation and noted that he would like to be as useful to Armenia as possible.

Noting that he has visited more than 80 countries of the world, the Global Director of Bloomberg Media Todd Bayer wrote, “I can say that Armenia is a special country which I will most certainly visit again.”

The co-organizer of the Summit in Dilijan, founder of the The Monthly Barometer Thierry Malleret also expressed his thanks to the Armenian side for organizing the event on the exeptionally high level.