STARMUS is the best way to encourage young people. The 6th STARMUS Festival presented within the framework of the Armenian Summit of Minds 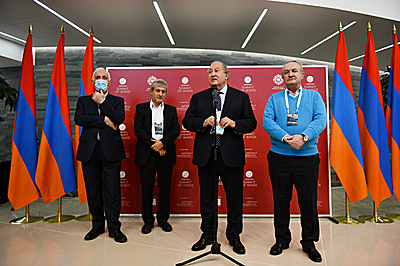 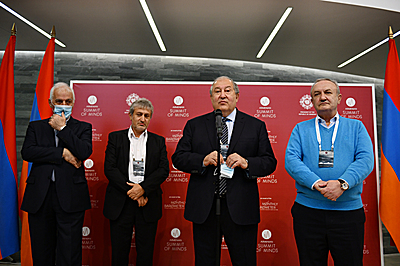 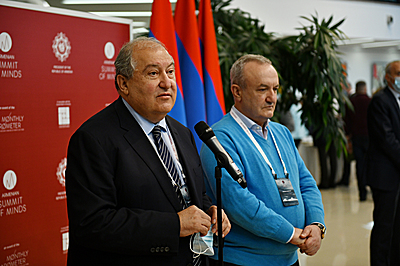 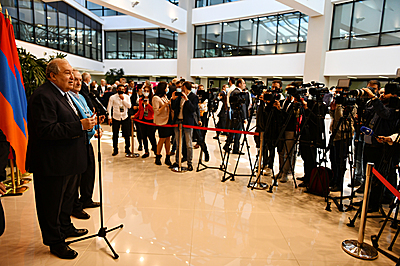 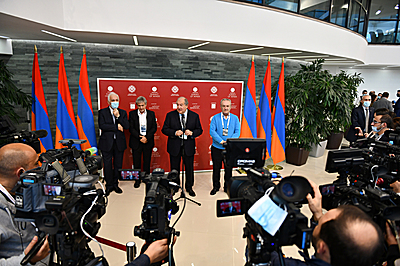 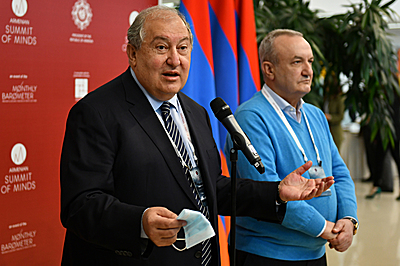 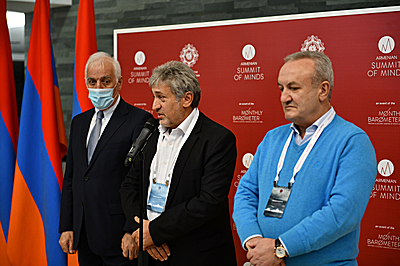 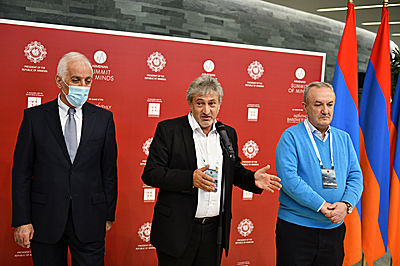 Within the framework of the Armenian Summit of Minds in Dilijan, President Armen Sarkissian, the Founding Director of STARMUS Festival Garik Israelyan, RA Minister of High-Tech Industry Vahagn Khachaturyan, and Minister of Education, Science, Culture, and Sport Vahram Dumanyan announced about holding 6th STARMUS of Science and Art in Armenia next year.

Noting that the fourth Armenian Summit of Minds is planned to be held next year, and another major event in parallel, STARMUS 6, President Sarkissian said: "Thousands of participants will come to Armenia to take part in the science, art and music festival. In the 21st century, they are interconnected. It is the best way to encourage our young people, because their future, the future of their families, and the future of Armenia will be connected with new technologies, ideas, and science. The greatest wealth of our country are people, talented people. Those people must be supported, and helped to develop. The best way is to educate and encourage the younger generation that they really have future, both in Armenia and in the world. STARMUS was about rock music and astronomy before the fifth festival, and the sixth STARMUS, which will be held in Armenia, will be different. It will be a festival of music and art in general, from classical to rock, it will be a festival not only of astronomy, and astronautics, but of modern science on the whole, from astronomy, physics, to biology and artificial intelligence."

President Sarkissian noted that he would be happy to host everyone at the Armenian Summit of Minds, which will be part of the larger STARMUS 6 Festival.

Introducing STARMUS, the Festival's founding director Garik Israelyan said that it has already been recognized twice as the best science festival in the world. "We are proud of that because there are more than fifty science festivals in the world. The scientific format is very well known in the USA, Germany, and Australia, but there has never been a scientific festival in Armenia, said Garik Israelyan. The main goal of the festival is to connect the society to science because there is a big gap, which is growing. If we want to make a connection between society, science, and technologies, we think of very complex formulas, one of which is STARMUS. We want that connection to be established, strengthened and always continue. Today, we announce the first thirty participants, including eight Nobel Prize winners, the first Armenian astronaut from NASA, James Bagian, who will visit Armenia for the first time, Ipod creator Tony Fadell and others. The topic is very interesting – fifty years on Mars. This does not mean that the whole festival is about Mars. Astronomy occupies 20% of the festival, the rest is about high technologies, biotechnologies, physics, programming, etc.

Garik Israelyan emphasized that STARMUS uses the universe and astronomy, then all the sciences join, and an attempt is made to connect science with art, because art is much more accessible to society.

The Minister of Education, Science, Culture and Sport of the Republic of Armenia Derenik Dumanyan also stressed the importance of holding STARMUS in Armenia. "Currently, our society raises many issues related to security. The best guarantee of security is to have developed science, education, and culture to lead in this field, which will ensure our strengthening, and our security. This festival will be available exclusively to everyone who wants to participate in these events.”

RA Minister of High-Tech Industry Vahagn Khachaturyan considered STARMUS a good example of cooperation. "This is the best example of how our friends working abroad come to Armenia on their own initiative to hold this prestigious festival with the consent of the Government and under the auspices of the President.

As Government, we want to show the public that our moods are aimed at the future."