There will be new opportunities for small countries like Armenia in the new world. Reception on behalf of President Armen Sarkissian in honour of the participants of the Armenian Summit of Minds 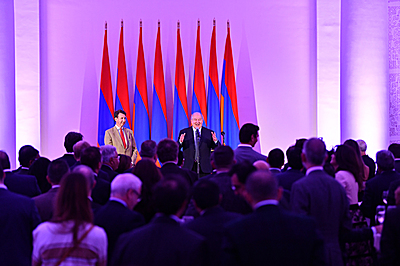 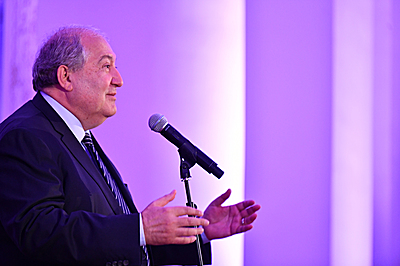 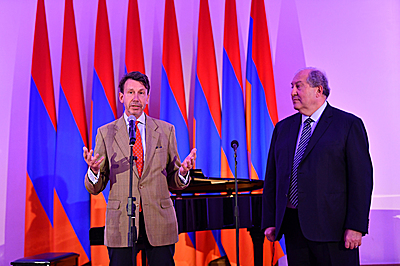 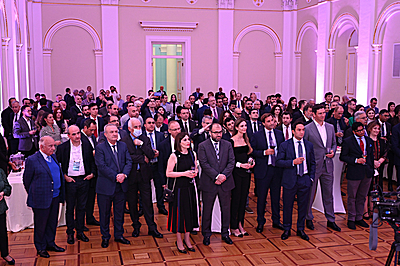 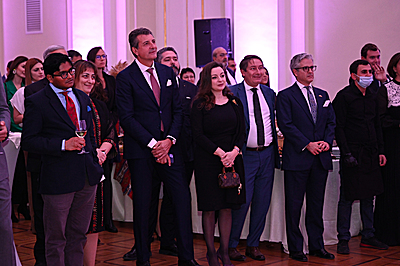 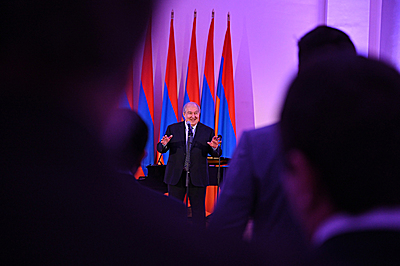 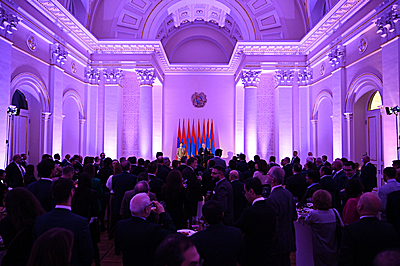 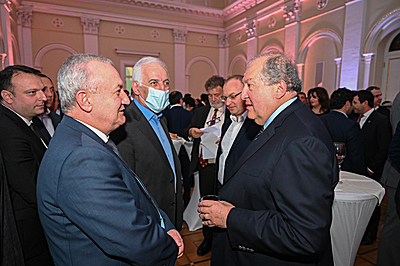 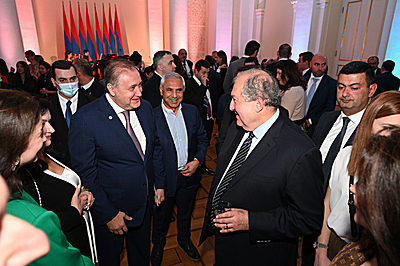 An official reception in honour of the participants of the Armenian Summit of Minds was given on behalf of President Armen Sarkissian at the Residence of the President of the Republic of Armenia, on Sunday evening October 24.

President Sarkissian thanked the participants for taking part in the summit and for their interesting and useful discussions. "This is the final meeting of the third Armenian Summit of Minds. I would like to thank all the participants and my colleague Thierry Malleret. We met in 1996 when I was Prime Minister, and Thierry was working for the European Bank for Reconstruction and Development. Then, we met in Davos, at the World Economic Forum, where he worked, and after that we became good friends. When I first attended the Summit of Minds in Chamonix hosted by Thierry, I really enjoyed it. We decided to organize the Summit of Minds outside Chamonix, in Armenia. And this is the third time, it has become a reality."

Speaking about the importance of the next Armenian Summit of Minds, President Sarkissian particularly noted that it is planned to be held in September 2022. "Next year, as you know, the event will be organized together with the STARMUS Festival. We will gather, remembering the past, but looking to the future, popularizing science, technology, culture, music, and knowledge," said the President. "There will be new opportunities for small countries like Armenia in the new world; together with you, we will be able to find our place in the future."

Thierry Malleret, the organizer of the Summit of Minds and the founder of the authoritative analytical journal The Monthly Barometer, thanked the President of the Republic Armen Sarkissian for hospitality, his contribution to organizing the summit, and great support in holding the Armenian Summit of Minds at a high level.

When we usually conclude the Summit of Minds, we want to make sure you have three things: a new friend, a new idea, and a new plan. "We are leaving Dilijan and Armenia with new friends and new ideas," said Thierry Malleret. "I hope that at least some ideas born during these days will have tangible results, which will bring benefits to your country. We are looking forward to the fourth Armenian Summit of Minds."