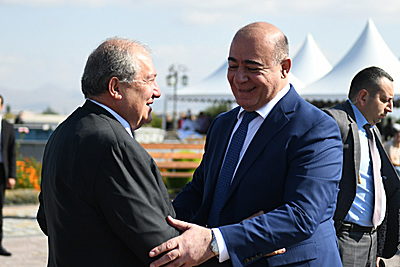 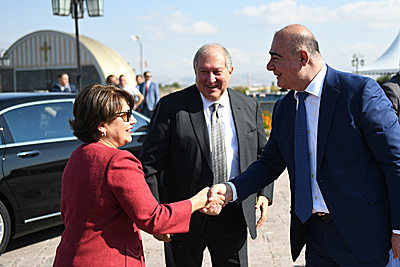 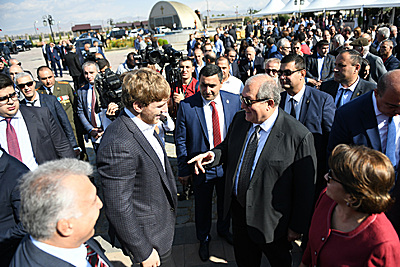 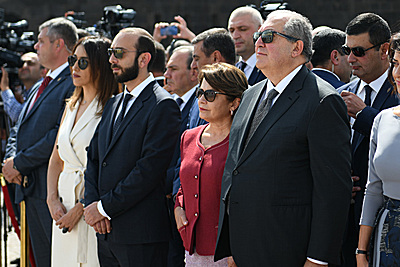 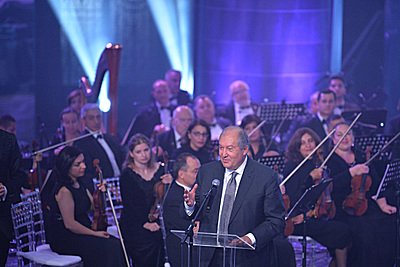 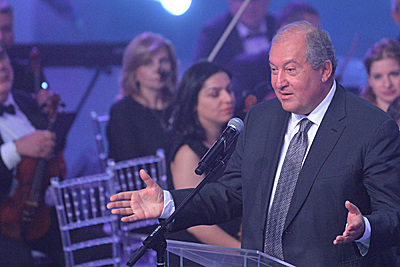 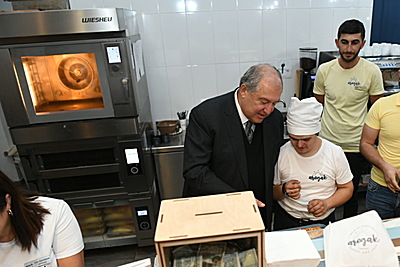 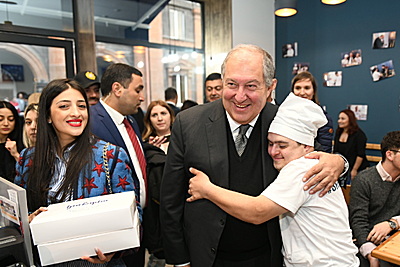 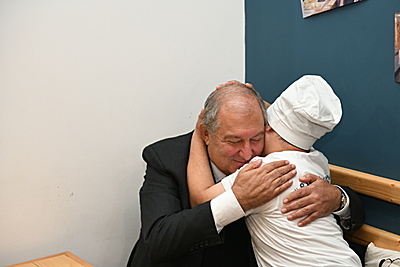 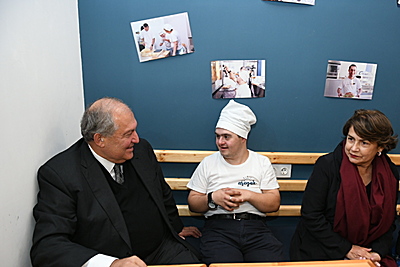 The President congratulated those present on the occasion of Independence Day and said, “I would like to sincerely thank the Prime Minister first of all for the excellent idea, and its implementation. Also because we all have gathered today in Gyumri and are honoring our today’s heroes.”

Recalling in connection to the title of the award ceremony his schooling years, Armen Sarkissian said in particular, “I would like to mention my time in the 8th grade. Decades ago, at the lesson of Russian language and literature, we were studying Lermontov and were tasked to write a composition titled “The Hero of Our Times.” I wrote the composition but didn’t submit it because it was very candid.

Decades later, today I want to tell you what I wrote. I wrote that the hero of my times was my father and my mother and thousands of their friends and tens of thousands of other Armenians who in 1946-1948, after the war returned to a devastated Armenia. The country was in a dismal state. They returned to Armenia with no fear, the generation of my father and my mother, the generation of repatriates of 1946-47 which came here, to Gyumri and created great art, industry, culture, and science. I want to express my deepest gratitude to them too, and urge all Armenians – come back home. It’s time to come home.

I am truly grateful to my father and his friends because from the very young age, when I was five, they used to take me with them to different regions of the Republic and Artsakh, and from that young age I got to know our architecture and nature.

I came to Gyumri when I was 5. First, I saw the Black Castle, Dzitoghtsonts house and Cherkez gorge back then. Thinking about heroes of our times, I think of another hero I have. My hero is Gyumri and the Gyumretsi who have been waiting patiently for this day for 30 years. After losing the town, one half of its population, knowing that our people came out to fight, that it not their time, Gyumri carried all difficulties with dignity.

The time has come, and I believe, Mr. Prime Minister that today is the first day of Gyumri’s and Gyumretsi’s future, of a new, free, and creative life. I thank all for the decision of the government to celebrate Independence Day in Gyumri. I am glad that the heroes of our times do not come from one place only, because our Fatherland is not Yerevan only. It is everywhere - from Gyumri, Goris, Vanadzor to Ijevan and Artsakh. I don’t know where my hero comes from, but I am confident that he’s Armenian, from Armenia, dedicated to his country and his people; it is a free, independent, strong man or woman, dedicated to the native land.”

After opening the nomination envelope, President Sarkissian handed the award to the winner – Samvel Gasparian, a carpenter from Margahovit. Speaking about the awardees, the President said that every one of them is a true hero in his work.

“Different people, but each of them is a master and an outstanding individual. I am glad to see that there are also repatriates among our heroes,” he said. President Sarkissian expressed hope that the award ceremony would become a good tradition.

President Sarkissian and Mrs. Sarkissian in Gyumri participated also to the reception held on the occasion of Independence Day.