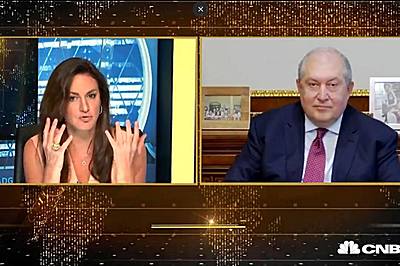 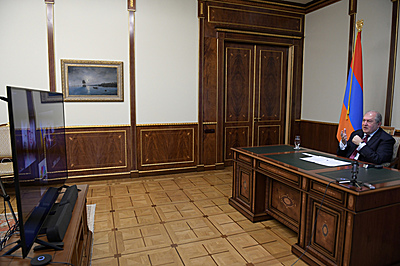 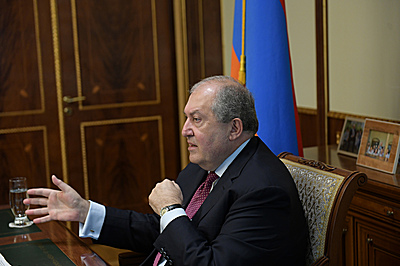 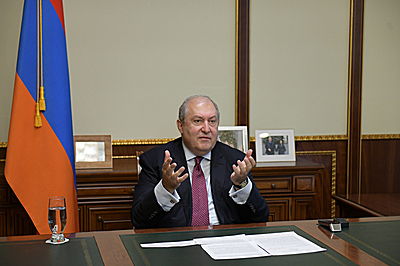 Question: Nagorno Karabakh is a territory with population of some 100000 people. We have witnessed how in recent clashes 100 were killed. What’s the end of this? Should it be presented to international arbitrage? Do you see any possibility that all sides come together around one table? Currently the world is busy with other problems: coronavirus’s impact on the global economy, presidential elections in the US, US-China relations. Unfortunately, this problem has not been given proper and adequate attention of the international community. What in your opinion must happen so that it doesn’t become a major conflict?

Answer: International community must understand that unless they interfere, the Caucasus will become one huge problem. Imagine, Caucasus becoming another Syria.

Question: Does it mean there will be big problems in the energy area related to gas pipelines..?

Answer: No, no. Don’t view this problem in one dimension only. The world is not only about energy, it is much more complex, there are national interests, stability, trade, logistics, and many other issues. We cannot define relations between countries based only on energy. Ten years ago, I was the Chair of the Energy Group of the Euro-Atlantic Security Initiative and I do understand the importance of energy. But the issue cannot be simplified to that degree. Just imagine the Caucasus becomes another Syria.

Question: Can it happen?

Answer: I hope, no because it will be huge tragedy for all in the entire world. You mentioned that there are close to 150000 people living in Karabakh, but you didn’t mention that they are Armenians and it doesn’t matter 150000 or 250000. Nagorno Karabakh or Artsakh, was part of Armenia for millennia. It was always inhabited by Armenians. It’s a spectacular mountainous country, with brave and proud people – Armenians. Even in Soviet times, 90 percent of its population were Armenians. The Armenians of Nagorno Karabakh link the whole issue to their faith and history. They see it as a new attempt by Turkey to carry out with the assistance of Azerbaijan another genocide. For Armenians, it is unacceptable. The fight will go on, and Armenians will prove that this problem cannot be solved through force, and whether they want it or not, they have to return to the table of negotiations.

Look at the activities of the current Turkish government – they have problems all around, 360 degree: in the Mediterranean, Greece, Libya, Iraq. They are creating problems everywhere. They declare that Armenia is a threat to the international energy oil pipelines. Well, this is total nonsense. The pipeline has been there for 20 years. If we didn’t do that in the last 20 years, why on earth would we do it now, for what?