President Armen Sarkissian visited the family of Sos Elbakian who was killed during the military actions recently unleashed by Azerbaijan: I bow to his eternal memory 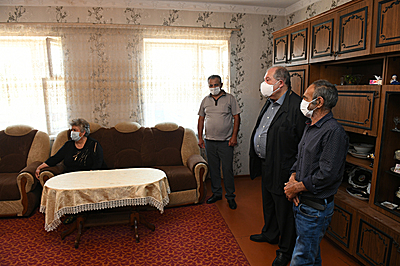 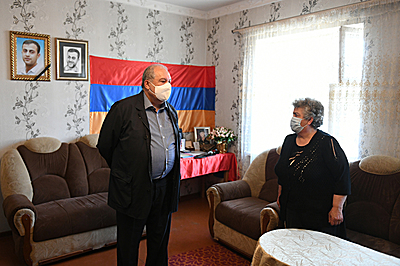 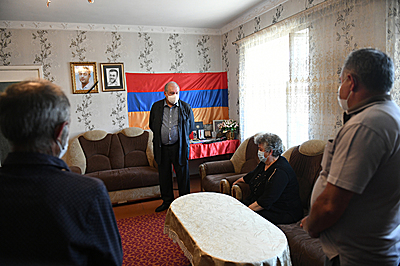 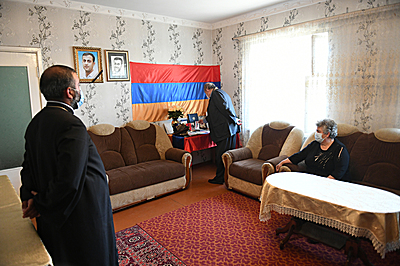 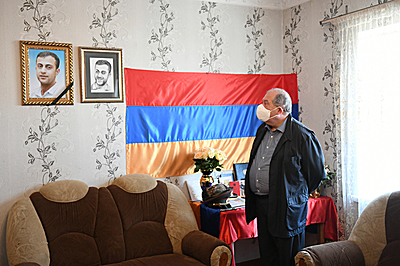 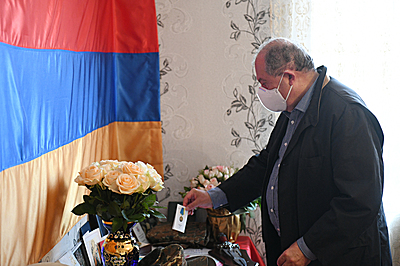 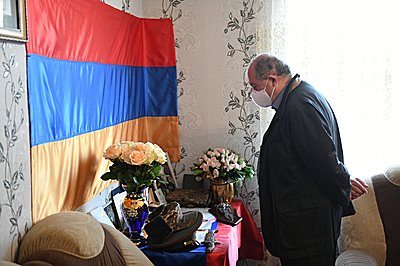 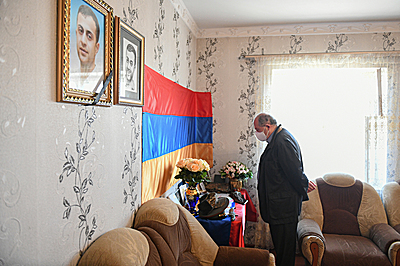 President Armen Sarkissian visited today the Elbakian family residing in the Marmashen community of Shirak marz. Their son, Captain of the Armenian Army Sos Elbakian, days ago was killed on the Tavush segment of the Armenian-Azerbaijan state border as a result of the military actions unleashed by Azerbaijan.

President Sarkissian expressed his deep condolences to the parents of Captian Elbakian and noted that their son had sacrificed his young life defending devotedly the border of the Fatherland, our peace and security.

The President of Armenia also expressed gratitude to the parents of Sos Elbakian for raising such a courageous and patriotic son. “I bow to his eternal memory. His heroism is immortal,” President Sarkissian said and noted that we all take pride in our Army and its brave servicemen.

At the Marmashen monastery, President Armen Sarkissian lit a candle for the memory of Sos Elbakian and all our troops who gave their lives for the Fatherland.