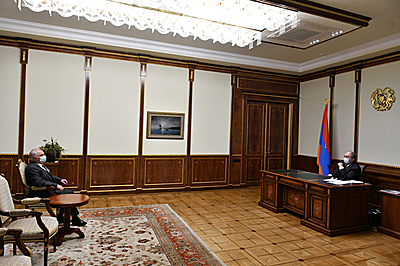 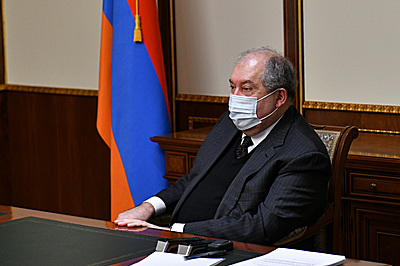 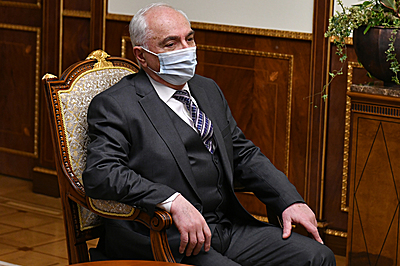 Within the framework of discussions initiated with parliamentary and extra-parliamentary political forces, President Armen Sarkissian met today with Aram Sargsyan, Chairman of the Democratic Party of Armenia, representative of the "Third Force" civil initiative.

They discussed the situation in the country and ways to overcome the internal political crisis. In this context, both sides attached importance to dialogues between the political forces. Aram Sargsyan presented their approaches and proposals, noting that they see early parliamentary elections as a solution only after forming an interim government.