At the heart of our relations with Iran are the historical, political, and cultural ties based on mutual respect. Interview of President Armen Sarkissian to Arab News 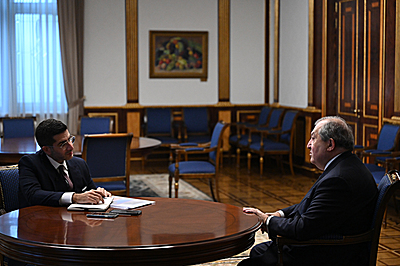 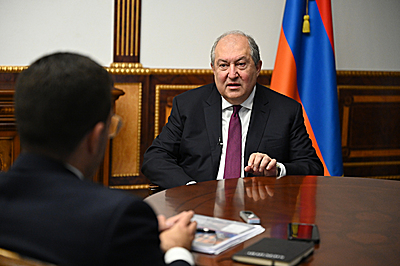 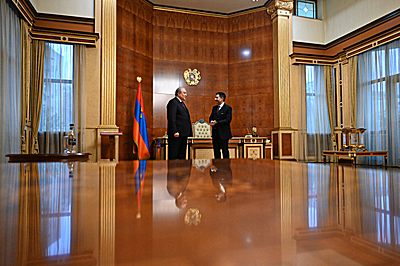 Below is the translation of the interview related to Armenia-Iran relations.

President Sarkissian: I do understand the concerns of Saudi Arabia. However, Armenia must make decisions and make choices taking the peculiarities of our country. As I mentioned, we are a landlocked state, we cannot afford to upset the relationship with yet another one of our four neighbours.

Faisal Abbas: I understand, but my question was not so much about choosing between the two, but about the fact that there are misunderstandings and disagreements about that relationship. Are these relations entirely infrastructural, of energy nature, or do they also include military and security policy?

President Sarkissian: First, they do not include military and security spheres. What is happening in the south of Armenia, of course, worries Iran...

We cooperate in the energy sector, although the volumes are not large. We import gas from Russia, and we get only a small part from Iran, and sell them electricity instead. We have much deeper relations with the UAE in this field; Masdar is building a new solar energy system in Armenia, and there will be flights from Sharjah to Yerevan. I think historical, political, and cultural ties, underlie our relations, which are based on mutual respect.

Faisal Abbas: What can you say about their interference in Azerbaijan? They say that they silently supported Armenia in the war against Azerbaijan, and military drills held on the border... Doesn't that mean moving from infrastructure and energy relations to another level?

President Sarkissian: That is their policy, they do not interfere in Armenia. If they feel a danger happening on their borders, it is their internal issue. But there are many other issues you can address. In the second war between Armenia and Azerbaijan, Turkey fully supported Azerbaijan, while Iran did not participate. Russia was and tried to be a mediator. Eventually, it managed to bring the conflicting parties to a ceasefire, and today, it is trying to solve many post-war problems. And once again, Iran is not here.