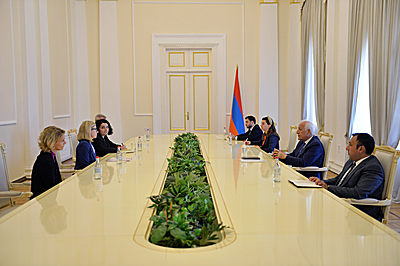 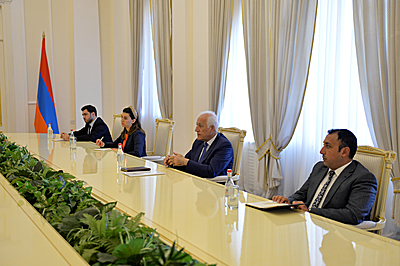 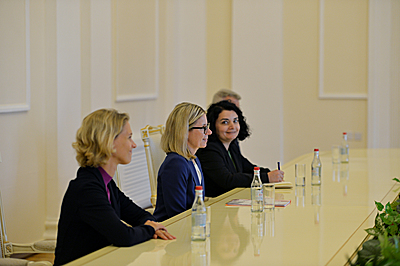 Today, President Vahagn Khachaturyan received the World Bank Vice President for Europe and Central Asia Anna Bjerde and the delegation led by her.

President Khachaturyan highlighted that the World Bank has traditionally played an important role in the sustainable development of the economy of Armenia by supporting the public and private sectors.

Noting that this year marks the 30th anniversary of the partnership between Armenia and the World Bank, President Khachaturyan said that he participated in the start of the cooperation. "I witnessed how important our cooperation with the World Bank was in the early 1990s. It was important in respect of understanding what our priorities and important steps were. We have made many constructive projects and have had very effective cooperation," the President said.

The support provided by the World Bank in various fields, including high-tech, agriculture and digitalization, was highlighted at the meeting. The interlocutors agreed that all opportunities and joint efforts should be employed to further expand and deepen cooperation.