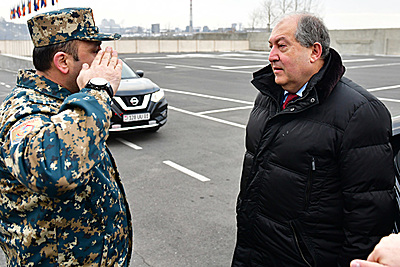 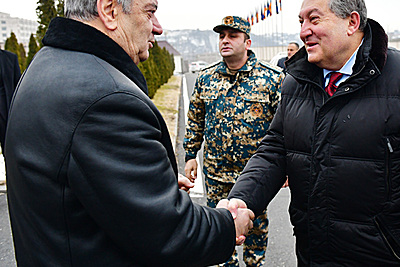 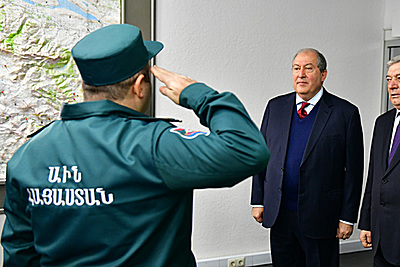 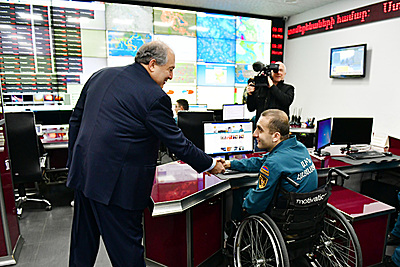 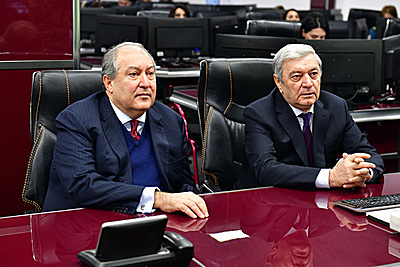 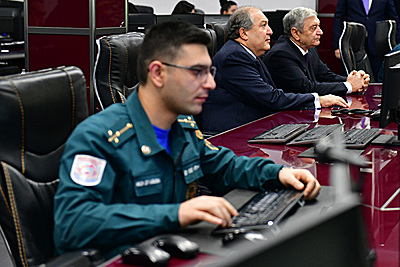 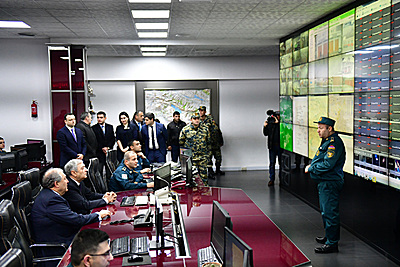 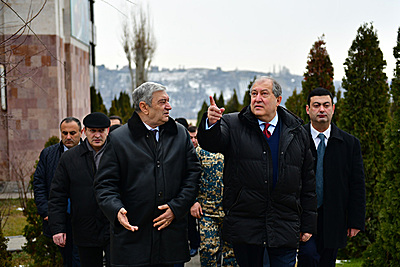 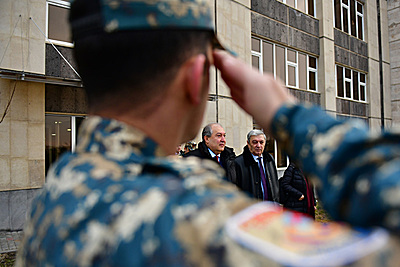 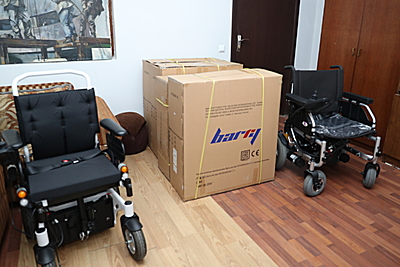 President Armen Sarkissian visited today the RA Ministry of Emergency Situations and familiarized with the works of the divisions which will be on duty during the holidays.

Accompanied by the Acting Minister of the MES Felix Tsolakian, the President first visited the National Control Center of the MES where he was briefed on the main directions of the Center’s activities, technical and software equipment of the Center.
The Head of the Center, Colonel of Rescue Service Hovhannes Khangaldian informed that throughout the holidays, they will be working in the active regime. The President conversed with the members of the shift and inquired about their service. Armen Sarkissian congratulated them on the approaching holidays and wished safe work.

Afterwards, President Sarkissian visited the Unit of Psychologic Help of the MES Emergency Control Center. Here too, a division will be on duty during the holidays.

The Head of the Service, Captain of Rescue Service Arevik Eritsian presented the peculiarities of the unit’s work. The President was introduced to the staff on duty.
During his visit, President Sarkissian awarded with special hand watches a group of employees of the National Control Center of the MES and psychological help unit for their diligent and dedicated work.

For the employees of the MES with limited abilities, the President donated 6 wheelchairs and their certificates were handed to the Acting Minister Felix Tsolakian.
Armen Sarkissian noted that as the President of Armenia it is his duty to congratulate on the eve of the holidays those who will be on duty on these days and underscored that their work is remembered and appreciated.

“In the happiest days there are always unexpected events, situations which are impossible to predict or foresee. It means that there are always people who are to act 24 hours, every day of the year, including New Year holidays. Thus, this service is of the utmost importance for us in good as well as in bad times. We were speaking with the Minister and concluded should there had been such a service during the 1988 earthquake, thousands of people would be saved, thousand would not become handicaps. This is an absolute necessity. I have come to congratulate you in advance with approaching New Year, give you my best wishes because these are the people who will not be home on New Year and will be serving our nation and state,” President Armen Sarkissian said.